The new MacBook Air models with Apple’s M-series chipsets continue to sell next to Intel-based MacBook Air models. While battery life is touted as one of the major improvements, you still need charge the MacBook. You might wanted to invest in to a reliable power bank to charge your laptop anywhere, anytime. That’d be better than look for a power outlet everytime your MacBook Air is on low battery. Here are the five best power banks for MacBook Air. 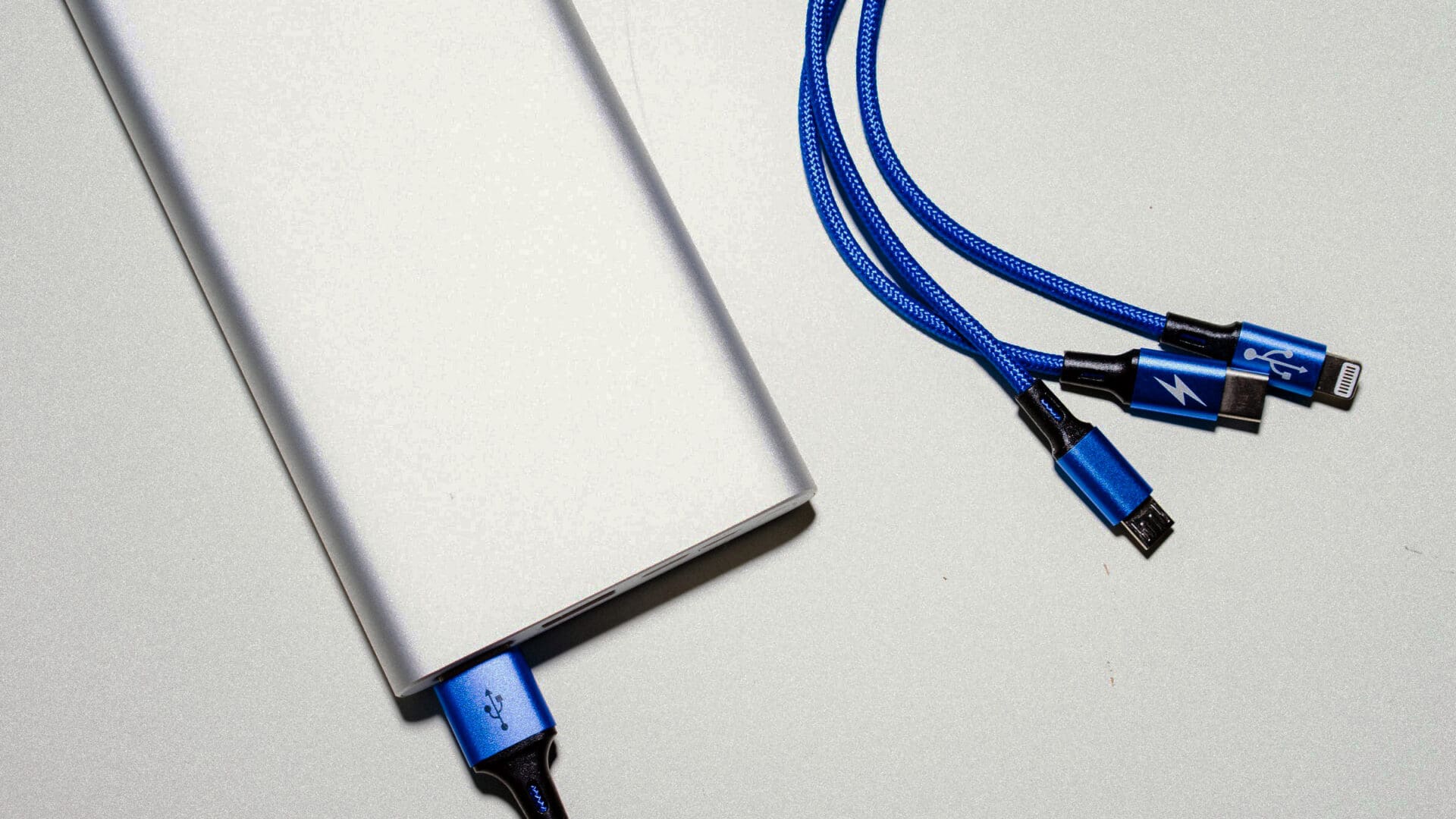 You’ll need to look for power backs with Type-C port for laptops like MacBook Air. Also, picking the ones that support Type-C PD (Power Delivery) with atleast 45W output will easiliy charge your MacBook Air and smartphone.

This one is the company’s 2022 model. The power bank claims to offer 100W output and comes with a 20,800mAh capacity, which is good enough to charge your MacBook Air once.

When smartphone companies are removing chargers from the packaging, it’s good to see HyperCharger bundling a 30W PD adapter with the offering. Most power banks come with a charging cable only. Apart from a 30-watt adapter, you also get a 3ft Type-C to Type-C cable with your purchase. As for your smartphones, HyperCharger claims to charge your iPhone or Galaxy device from 0% to 50% in 25 minutes. iPhone users do need to invest in a USB-C to lightning cable.

HyperCharger Max doesn’t come with an LED screen to check the remaining battery percentage. That’s the major shortcoming in our books.

Most users avoid high-capacity power banks due to their bulky appearance and weight. Baseus claims to offer a 50% thinner profile than a traditional 20,000mAh power bank. At 0.7-inch thickness, you won’t have a hard time sliding Baseus into your bag.

Don’t be fooled by Baseus’s thin profile. At 20000 mAh capacity, Baseus offers fast charging and 100W USB-C output. The power bank has two USB-C and two USB-A ports to charge four devices simultaneously. The company claims to charge the 16-inch MacBook Pro up to 36% in only 30 minutes. It’s safe to estimate similar, if not better, results for MacBook Air. If you have a 60W USB-C PD wall charger, you can fully charge the power bank in only 1.5 hours.

Baseus also comes with an LED status display to check the estimated time for charging and remaining battery capacity. There is a handy orange indicator that refers to fast charging.

How can we leave Anker’s offering from the list? Although the pricing is higher, Anker makes up for it with a huge 27,000 battery cell to charge your MacBook Air 1.5 times.

Anker is one of the few companies to include a stable AC output in a power bank. Apart from your smartphones, drone batteries, and laptops, you can charge compatible devices with a built-in AC wall outlet. The packaging comes with a 45W USB-C adapter, USB-C to USB-C cable, USB-A to USB-C cable, and a lanyard to easily carry everywhere. There is also a small flashlight to quickly find charging ports in dark scenarios.

HyperCharger Max is good enough for recharging your MacBook Air for one time only. If you want a higher capacity power bank, drive your attention to the iProPower battery pack with 27000mAh capacity.

While iProPower doesn’t come with an adapter, the company offers micro-USB and USB-C to USB-C cables to handle your charging vows. Since the battery capacity is high, 620g might be too heavy for some users. However, you can use the bundled travel pouch to carry it around.

The charging speeds aren’t any exceptional, though. It will take more time to charge your MacBook Air. Similar to HyperCharge Max, you don’t get any LED screen here. You must rely on LED indicators to take an educated guess on the left charging capacity.

While the previous Baseuis power bank was known for a slim design, this one doesn’t shy away from a bulky design and packs a 30000 battery inside.

If you want the most extensive battery pack for your next business trip, you can’t go wrong with Baseus 30,000 power bank. It can charge up to 5 devices simultaneously. It supports fast charging and speeds up your MacBook Air from 0% to 50% in 30 minutes. Similar to other Baseus power banks, it does come with an LED display to check power, voltage, and current left charge.

There are two disadvantages, though. First, it’s bulky (1.5 inches) and heavy (1.21 pounds), and even with a 60W power adapter, the power bank will take around 3.5 hours to charge fully.

Never Run Out of Power on MacBook Air

Power banks are helpful during traveling and those short outside city trips. With a high-capacity power bank, you don’t need to look for a power outlet, and your MacBook Air won’t run out of battery anytime soon. You are ready to move by plugging your power bank into the laptop. Which power bank are you picking up from the list? Share your preference in the comments below.

Only 25% of people can text well without looking at their keyboards.