If you are an iPhone user and have used an Apple AirTag in the past, you must know about its efficient tracking mechanism. This tiny device can track items even if they are not close by. From keychains to purses & wallets, they find their use almost anywhere. Another great use case is bags and luggage. Yep, you read that right! 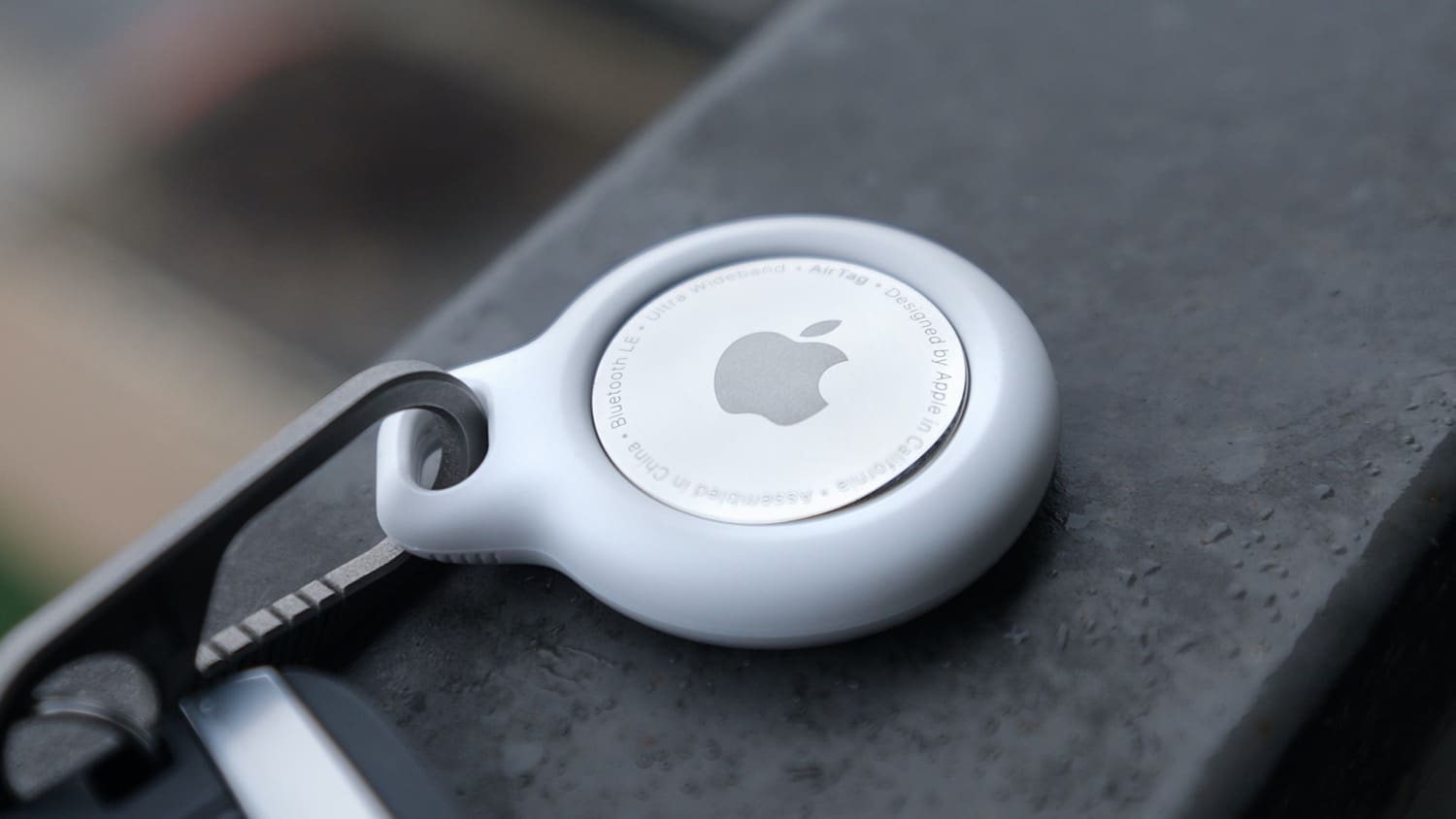 You can slip the AirTag inside a pocket or hang it from a dedicated AirTag holder. Even while traveling, you will know exactly where your bag is. At the same time, the casing around the holder will keep the tracker safe and secure.

If you have some upcoming plans this summer and don’t want to lose track of your bags, here are the best Apple AirTag holders for bags and luggage.

But before that, check out these topics related to the APple AirTag,

The main highlight of the Upomok silicone cases is that the company ships multiple clipping options. You can choose between silicon cables, metal rings, and a D-carabiner. Naturally, this allows you to easily clip the AirTag to your bag’s exterior. The cover is lightweight, holds the AirTag securely in place, and several users have noted this in their reviews.

Apart from that, the cases and holders are well-built and should last you a long time. Plus, the open design means you can hear the tracker’s beeps easily.

It fits well, and that’s one of the main reasons for its positive feedback. If you do not want to spend much and want multiple options to clip the AirTag to your backpack or luggage, the Upomok holders are a clever pick.

Alternatively, check out the Migeec AirTag Holder. Though it’s expensive, you can pick one from different colors.

Another reliable AirTag holder for bags is the one by Belkin. It’s a simple case with a metal ring, and you can either clip it to a loop on your bag or keep it inside a pocket. The twist & lock mechanism of the metal ring translates into easy operation. Secondly, the raised edges of the case ensure that the AirTag remains scratch-free.

It’s small and compact and fits easily into most spaces. Besides, the tight casing around the tracker means it won’t pop out.

The Belkin AirTag Case is popular on Amazon and has more than 6,000 user ratings. It’s highly affordable, and users love its durability and sturdy design.

The Case-Mate does away with metallic or rubber cords. Instead, it comes with a rugged strap which makes it simple to loop around compression straps of backpacks or clochette of your purse.

It’s affordable and bundles a simple design. And guess what? The AirTag fits the cutout like a glove. While the open design means you’ll be able to hear the pings clearly, it also makes it susceptible to scratches.

That said, the strap gives you the flexibility to loop it around any object. And the longer length helps its case. And did we mention that it doesn’t cost much?

The Reenet Holder stands out in a sea of similar-looking cases and holders with its unique design and vivid color. These features make it perfect for kids’ bags. It is a closed case, and the AirTag is not visible. Interestingly, users love it for the easy disguise it provides.

At the same time, the closed design keeps it scratch-free. The metal ring is easy to twist and open. However, the ring lacks a little in the durability sector. It’s a good idea to swap it with a metal ring for better durability.

Alternatively, you can also check out the Hello Kitty Pusheen case. Like the one above, it sports an adorable exterior and is perfect for kids and young adults.

The Caseology Vault is a compact and heavy-duty case for the Apple AirTag. It boasts of a clever design. The flat tag holder lets you slip the tag inside bag pockets, while the textured and rugged exterior keeps the tag secure. And if the situation demands, you can attach the metal carabiner to clip to bags, purses, and backpacks.

While the carabiner is strong, we’d recommend you ttake it for a spin before you hook it into your bag. The Caseology Vault is slim and lightweight and doesn’t add much bulk. It’s popular on Amazon, and users love its durability, sturdiness, and affordable price tag.

Alternatively, you can check out the Spigen Rugged Armor case for the Apple AirTag.

The Pelican Protector Series is a tad different from the ones above. It is a simple stick-on case that you can tuck inside bag and slip pockets. It sticks to the material and thus saves you from searching for the tracker later. At the same time, the rugged exterior keeps it safe from accidental drops and falls.

The strong point of this AirTag holder is its adhesion, which makes it perfect for sticking inside suitcases and trolley bags. Since it uses 3M VHB tape, you can use the same case on a different bag for another trip. Plus, the company also touts that the tubing around the tag amplifies the sound of the AirTag.

The Pelican protector series is a two-piece case, and you’ll need to snap off the top lid to remove the tag. So far, it has climbed the popularity ladder thanks to its sturdiness and easy-to-use nature.

If you do not trust metal carabiners enough, it’s time you took a look at the new Belkin AirTag case. This one has a solid braided wire cable at the top and a heavy-duty case at the end. And both these features combine to give you a solid holder for bags and luggage.

Moreover, the metal loop is big enough to slip into bag handles. It’s a well-made holder, and the case keeps the AirTag secure. Interestingly, it’s protected by a 2-year warranty.

The good thing about most of these AirTag holders is their versatility. You can use them on your car keys or transition them to your regular handbag or laptop bag when you are not traveling. And the Find My app and the Apple AirTag simplify these things.