Facebook offers several privacy-focused features to counter growing spam on its platform. You can unfriend annoying contacts, restrict them from your profile, and even block contacts from reaching you via Messenger. Among all privacy features, the ability to restrict someone is a neat add-on to protect your profile from spam messages and calls. But have you wondered what happens when you restrict someone on Facebook Messenger? 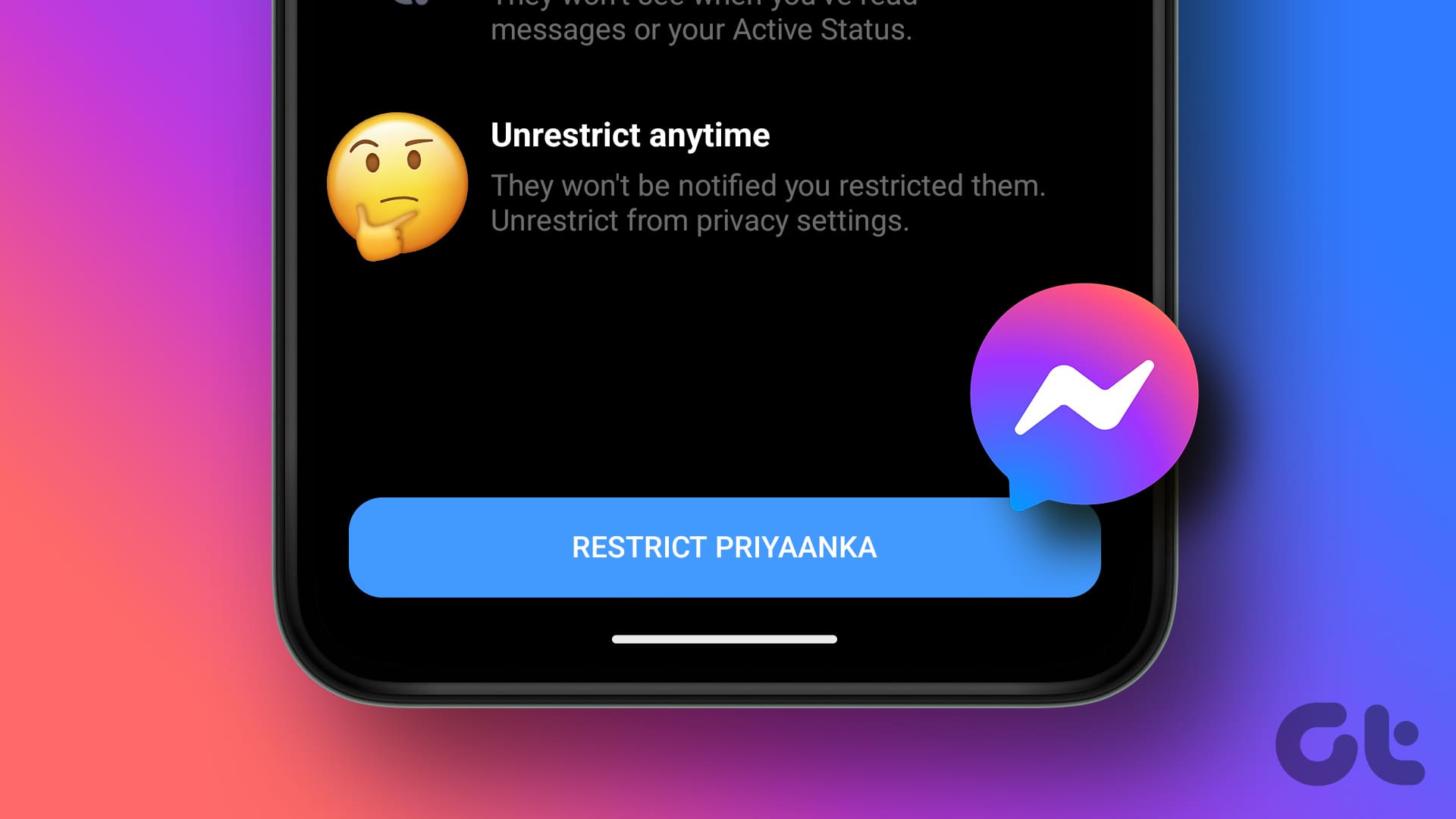 Before we talk about the restrict function on Facebook Messenger, let us show you the steps of using it.

Note: Facebook uses an identical UI on Messenger for iOS and Android. The steps to restrict someone on Messenger remain the same on both platforms. We will use the Messenger app for iOS as an example here.

Step 1: Open the Messenger app on your Android or iPhone.

Step 2: Select a conversation with the contact you want to restrict.

Step 3: Tap on the contact name at the top.

When you restrict someone on Messenger, you won’t receive any notifications when the person sends a message. Your phone won’t even ring when the recipient calls you on Messenger.

You can’t send a message or call the person either. You must unrestrict the person before sending a message (more on that later).

What About Previous Messages 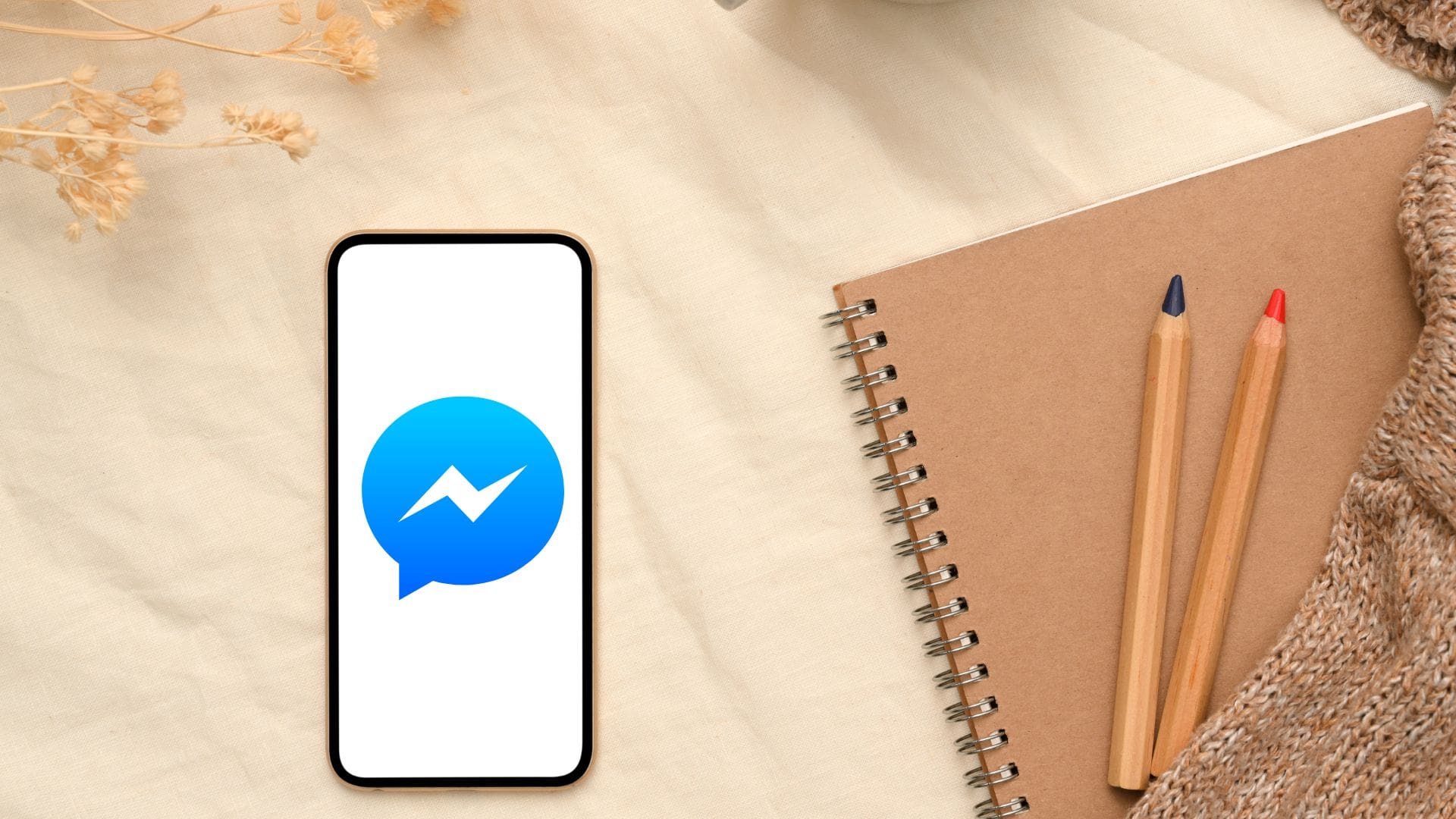 When you use the restrict function, Facebook hides your current chat thread in the Messenger app. You don’t see new messages in the default Chats tab either. You must search for the contact’s name at the top and open the conversation to check all new and previous messages.

Facebook doesn’t delete any past messages, either. The app hides them from the main tab. When you create a new chat group on Messenger, the app alerts you about the restricted accounts on Facebook (if you try to add them to the group).

The ability to restrict someone is a privacy feature. You only limit the person’s reach to see your profile and other online activities. The restricted contact won’t be able to see when you’re online or if you’ve read their messages. You also won’t see when they’re online.

Does the Recipient Know When You Restrict Them

As we mentioned above, restrict is one of the privacy features on Facebook. The company doesn’t send any notification when you restrict someone on Messenger.

You continue to remain friends with restricted accounts on Messenger. Facebook won’t automatically unfriend someone.

Can the Restricted Person See My Posts

The restricted person can see all the previous posts but not any of the new posts on Facebook.

If you change your mind and want to unrestrict someone on Facebook, you can review the restricted accounts list to make necessary changes. Here’s what you need to do.

Step 1: Launch Messenger on your phone.

Step 2: Tap on your profile picture in the top left corner.

Step 5: Select the Facebook friend name you want to unrestrict.

Step 6: Confirm the same from the following menu.

Repeat the same for all contacts to unrestrict them on Facebook.

What’s the Difference Between Block and Restrict on Messenger

Blocking someone makes you invisible to the person on Facebook. They can’t see your profile, send messages, start voice/video calls, check online status, and remain unfriended with you on the platform. Even after restricting someone, Facebook doesn’t resolve the spam problem, you can take the extreme step and block the recipient.

Like Facebook restrict, the platform doesn’t notify the person when you block them. To learn more, check our dedicated guide on Messenger restrict vs. block.

Mute vs. Restrict on Messenger

Muting someone silences all upcoming messages and calls from that person on Messenger. You can still see the latest incoming messages in the main chats tab. At the same time, restricting someone hides the conversation completely.

Unlike restricted accounts, muted ones can see your active status and all future posts on Facebook and even add you to a group chat.

Restrict is a Nice Balance Between Mute and Block

The restrict function on Messenger gets the best of Mute and Block add-ons and delivers an excellent solution to keep your Facebook account spam free. If you have any other questions regarding restricting someone on Facebook, do let us know in the comments below.