In a gaming world dominated by online multiplayer genres, we seldom spare a thought for the old couch games. Couch games haven’t held as much appeal as the decades have passed on, but are picking back up.

While the convenience of the online gaming landscape tends to make it more popular, online multiplayer games simply cannot replicate the unmatched feeling of gathering together with friends in one room, drawing the curtains, plugging the controllers in, and playing competitive/co-op games with one another for hours on end.

And, talking smack in person is simply much more satisfying than saying it over group chat.

Due to this continued support of couch multiplayer games, some developers have continued to make games that are more enjoyable with groups of friends together. The list below contains games of this style, designed in a way that makes playing them in a room full of friends as fun, or more fun, than playing online. 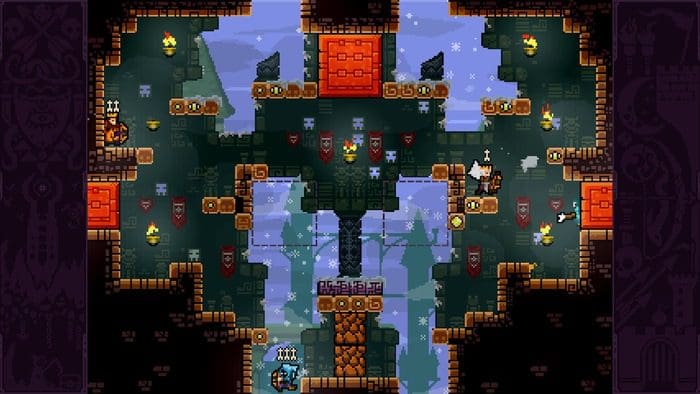 The combat is fierce and adrenaline pumping with the ability to dash and catch arrows, providing a simple-to-learn but hard-to-master aspect of the game. In the game, you try to dodge and weave through the arrows of your friends and kill them with yours.

There are many ways to play TowerFall as well. There are four different game modes (Last man standing, Deathmatch, Team Deathmatch, and a Co-op wave survival mode), 16 different maps with their own unique sets of arrows and play styles, and over 50 different built-in mods that can add extra flavor to a match.

These changes keep the game fresh and interesting, as each different map and mod changes the game in its own unique way.

If you still feel like you want more from TowerFall Ascension, TowerFall: Dark World ($9.99 on all platforms) is an expansion DLC that adds:

Dark World is an excellent DLC if you are looking for more TowerFall content. It’s a must-buy if you’re going to play TowerFall regularly. 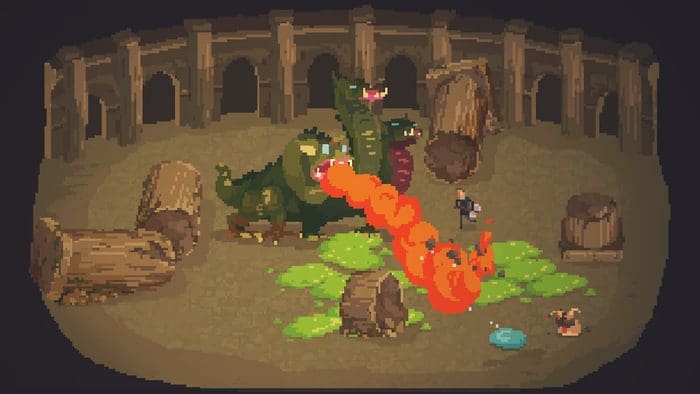 Crawl is an asymmetric dungeon crawling game, which pits one hero, played by you or a friend, against everyone else in a race to escape the dungeon.

Armed with only a measly knife and the ability to roll, the first player to play the hero must move from room to room, fighting off the other players at each turn. All those not playing the hero have the ability to summon themselves as monsters of a class they can pick at the start of the game.

Upon killing the hero, the player who lands the killing blow then becomes the hero and then must face the other monsters in the rooms. This continues until a player’s hero is on high enough level to face the final boss, controlled by all of the other players at once.

If the hero is able to kill the boss, the player controlling them is the winner of the match. If they are defeated, they are thrown back into the dungeon on minimum health and must continue searching for the gate to the next boss fight.

Although Crawl has one game mode that plays out the same way each time, the fun lies in the different ways you can build your hero and monsters.

With 11 different classes in the game, each with their own set of 3 minions to be upgraded, there is no shortage of possible strategies to beat your friends.

There’s a variety of ways to play each hero as well as different weapons and trinkets can be bought with gold that one gets from killing monsters, giving your character different buffs.

Crawl does well at turning the usual single player dungeon crawling genre into a fun experience for 2-4 players. Lethal League is a brawler-action game with a twist — instead of trying to attack your friends and knock them out of the arena, a Dodgeball-style game is added to the mix as you all try to bash a ball around the court to knock out opponents.

Set to an urban soundtrack, Lethal League combines platforming, dodging, and high-octane pong as the ball increases its speed as each player smashes the ball around the field, until one player is left standing.

The ball then resets, every player who died in the previous round loses a life, and a new round kicks off. Once a player runs out of lives, they are eliminated from the match, and the final player left standing wins.

Lethal League has 3 different game modes — Free for All, Team Deathmatch, and Strikers (a bit like basketball).

There are 6 different characters, each with their own unique movement styles, hit angles and super moves. The 7 different levels have their own well thought-out art, music and setting that, despite all being rectangular arenas, give a different feel to the game each time you play.

Lethal League mixes high-octane competitive gameplay with simple game mechanics and is a must for endless fun with friends. 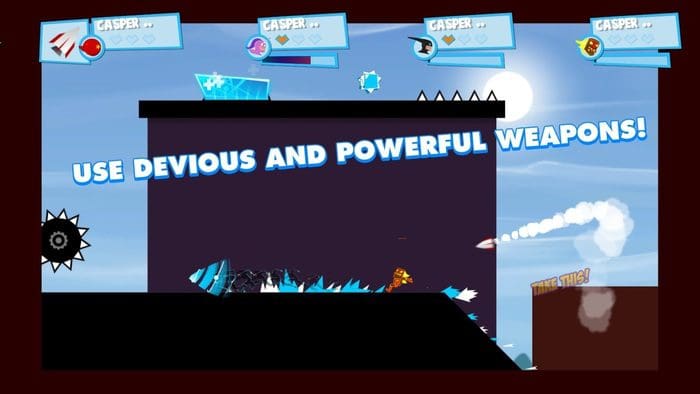 SpeedRunners is a competitive platformer, in which players traverse a platforming level containing different obstacles and traps, in an attempt to outrun their opponents.

This continues until one player eliminates all the opponents and wins the round. The game then resets and all the players set off once more. The first player to win 3 rounds wins the match.

Each of the 15 different maps of SpeedRunners has something different to offer, keeping the game interesting. The Steam version of the game even has the ability to play levels created by the community, allowing for even more unique gameplay.

Due to the interesting and entertaining content, tight platforming controls, and well-designed gameplay allowing for competitive matches with friends, SpeedRunners is an excellent addition to anyone’s couch game library.

If you’re not too sure on this one, you can play the Steam Demo before you buy.

Read More: Play Tetris and Other Classic, Hidden Games on Your Mac 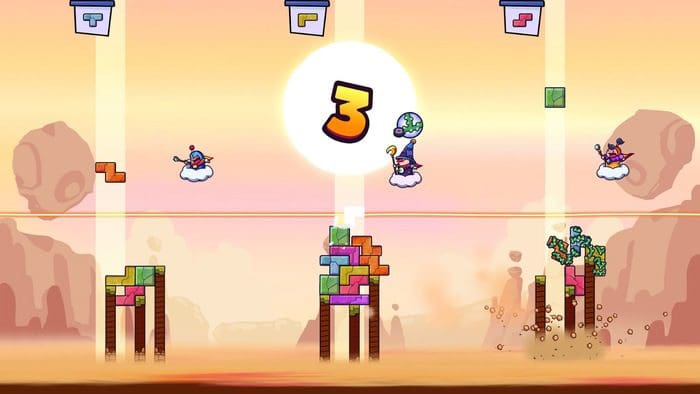 Tricky Towers is a competitive puzzle game, in which players compete in several game modes. Tricky Towers combines the block physics of Tetris with a party game’s power-ups and wacky game modes.

In a typical game of Tricky Towers, the game will cycle through different game types, making it impossible to master. Each round will have players racing to a height goal, attempting to build without losing any blocks or trying to put as many blocks below a certain height as possible.

This all occurs while the players sabotage their friends with random spells that they pick up along the way. Once a round ends, the players are given points based on where they are placed in the last round. Once a certain set goal of points is reached, the player who reaches the goal is crowned the winner of the match.

The three different game modes that make up a match of Tricky Towers are all unique.

Tricky Towers is a fun spin on Tetris-style games, making it perfect for a couch multiplayer setting as everyone already knows how to play it. Get ready for some big topples and seemingly impossible structures.

No Resting on This Couch

This set of games is sure to make any local multiplayer gathering a blast for all. Chip in and pick up a few for your next meet-up!

So, which couch game is your favorite? Let us know down in the comments.

The first game to introduce the endless running genre is Canabalt.

Matt's an Aussie math lover, PC enthusiast and hobby programmer who has applied his interests wherever he can online. You'll find him studying or writing, but gaming when nobody's looking.