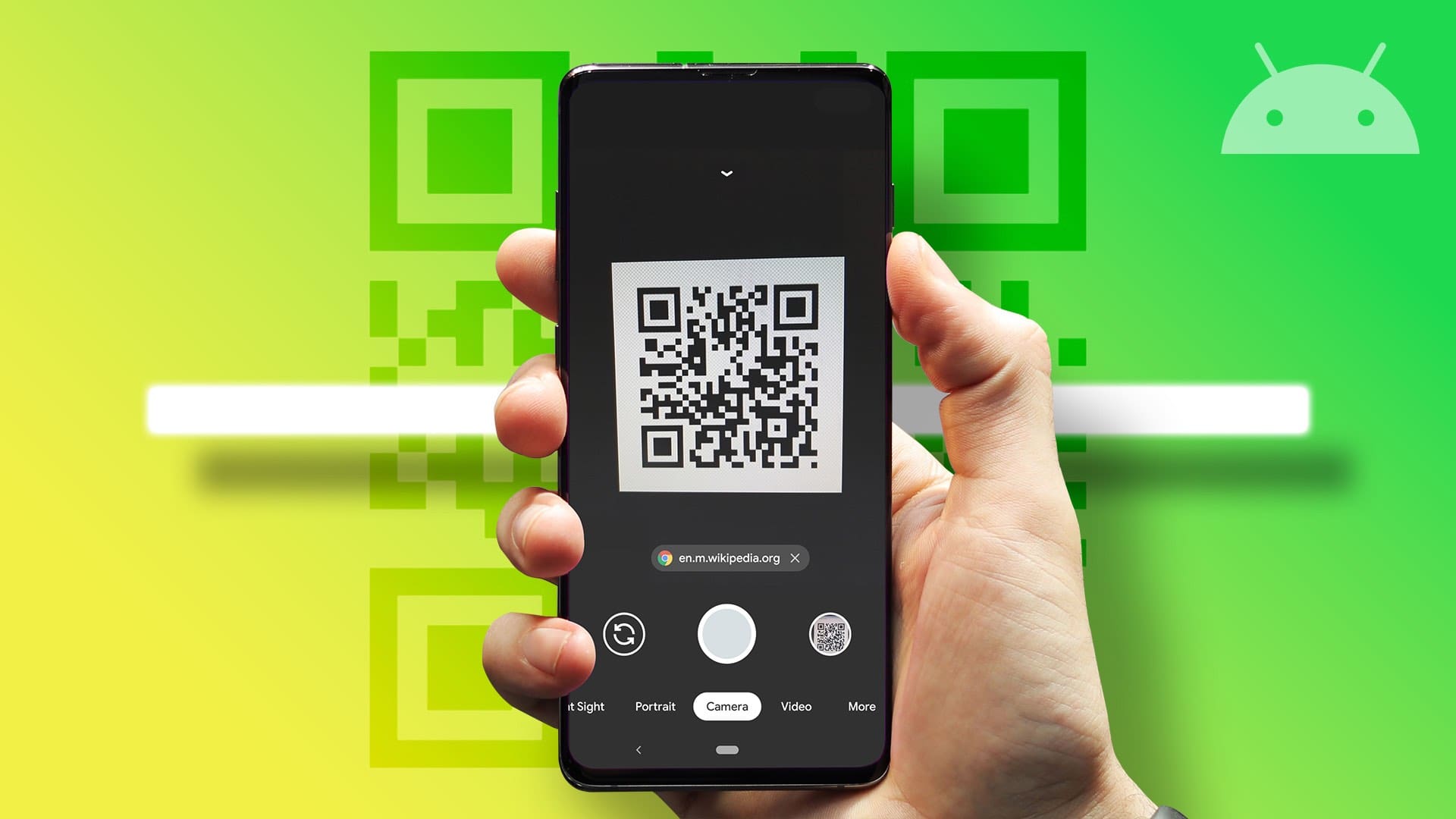 Most Android phone makers allow you to scan a QR code using the stock Camera app. In this post, we will show you how to use the quick toggles menu, the camera app, and a couple of third-party apps to scan QR codes on Android.

1. Scan a QR Code from the Quick Toggles Menu

Step 1: Swipe up and open the app drawer.

Step 2: Find the Settings app with a familiar gear icon.

Step 4: Download and install the pending Android build on your phone.

After your reboots with a new Android 13 system, go through the steps below to make the necessary changes. The system won’t enable a QR code scanner in the quick toggles menu.

Step 1: Swipe down from the top to open the Notification Center.

Step 3: Hold and drag the ‘Scan QR code’ tile to a relevant position on top. Keep in the first four positions for easy access with a single swipe.

The next time you want to scan a QR code, simply swipe down on the home screen and tap the ‘Scan QR code button to open a viewfinder menu. If the QR code is hard to read, you can tap the flash icon in the top right corner.

We found the default QR code scanner function accurate and way faster than opening the Camera app to complete the job. By opening the stock Camera app, you can check QR code content using the steps mentioned above.

2. Use the Stock Camera App

Step 1: Open the Camera on your Pixel phone.

Step 2: Tap on the Settings gear in the top left corner and select More settings.

You can point your camera to scan QR codes, documents, and more.

While Samsung Camera doesn’t come with Google Lens integration to scan a QR code, the company has included the same to get the job done.

Step 1: Open the Camera app on your Samsung Galaxy phone.

Step 3: Enable the‘ Scan QR code’ toggle, and you are good to go with scanning QR codes.

If you have a OnePlus, Oppo, Vivo, Asus, Motorola, or Nokia phone, look for a similar QR code scanner in the camera settings. If not, you can always sideload the Google Camera app to enjoy a smooth Google Lens integration.

3. Use a Third-Party QR Code Scanner

The Play Store is jam-packed with dozens of QR code scanner apps. Most of them are filled with ads or a dated UI. We tried several apps and found a fairly reliable one. QR Code scanner by InShot works as expected and even allows you to generate QR codes on the go.

Step 1: Download and install the QR Code scanner from the Play Store.

Step 2: Open the app and give it required camera permission to use the app.

Step 3: Point the camera to a QR code to scan it.

You can generate new QR codes from the Create menu. The app allows you to check QR code scan history too.

Google has made it quite easy to scan QR codes on Android. If you want more functions, use the third-party apps to keep track of QR code history and create new personalized ones.

A nanometer is a billionth of a meter.