Qualcomm’s Quick Charge has been through multiple iterations, with Quick Charge 5 announced in mid-2020. This popular charging standard will bring a massive charging prowess to the table, and it’s something to watch out for. Another fast-growing charging standard is USB Power Delivery or USB-PD, as it is popularly known. This one brings a variable voltage to the table and can go up to 20V. That brings us to an important question. How is both the charging tech different from each other?

That’s what we are going to find in this post today as we pit the new Qualcomm Quick Charge 5 against USB Power Delivery.

How Does Qualcomm Quick Charge and USB Power Delivery Differ

Before we get into the intricacies of both the charging standards, let us first see what is fast charging.

As you may have guessed, both the charging standard provides way above the stipulated 9W of power required for fast charging. If we talk about QC, the first iteration supplied a total wattage of 10V (5V x 2A). Since then, there have been several iterations with Qualcomm Quick Charge 5 being the lastest one. It succeeded the Qualcomm Quick Charge 4+.

As opposed to it, USB Power Delivery was introduced by the USB Implementers Forum (USB-IF), and it doesn’t need any special chip to function. It works over a standard USB-C connection, and this approach gives it a fair bit of advantage. The wattage in Power Delivery or PD starts at 7.5W and can as far as 100W.

Here, the main variable is voltage and the increase in the charging power is directly proportional to the voltage supplied. It starts at 5V and goes as far as 20V.

The maximum voltage of 100W is achieved by combing voltage of 20V and power of 5A. Though it works over USB, it still requires specialized connectors and cables for full support. The tech was released around 2012, and now the PD 3.0, the third revision.

The working of USB Power Delivery is quite simple. Whenever you plug in a compatible phone, both the adapter and the phone negotiate a power contract and determine the amount of power required to charge the said phone. At the same time, the phone will only pull power based on its rating to rule out any damages owing to overheating or overcharging.

For instance, if you hook a Google Pixel (rated at 18W) to a 45W wall adapter, the charger will only deliver the said 18W of power (that too for a fraction of time) and not beyond that. However, if you plug in a Chromebook or a MacBook Air to the same adapter and with compatible USB-C cables, the said device would pull out the needed 45W.

Apple was one of the early adopters of this technology, and you can find it on the Apple iPhones, iPad, and even on MacBooks.

What Does Quick Charge 5 Offer

So, what does Quick Charge 5 or QC 5 bring to the table? As noted earlier, it can supply up to four times the power it does now.

Unlike the generation older to QC 4.0, the charging standard has now adopted the USB-PD Programmable Power Supply (PPS). If you must know, the older iterations used Qualcomm’s proprietary power negotiation protocol.

For Quick Charge 5, Qualcomm is also changing the phone’s charging architecture to quadruple the charging speeds, allowing up to 100W of charge power. It will now support 2S battery systems or dual-stacked batteries to double the voltage and eventually, the charging power. Using the voltage adjustment protocol, QC 5 will be able to rake up to 100W in power.

Similar to Power Delivery, Quick Charge 5 is also designed to support quite a few variations of input voltages. The range of the said voltage will vary between 3.3V and 20V, with the current varying between 3A and 5A, depending on the connected USB cable’s ability.

If we talk numbers, Qualcomm claims that the new charging tech is up to 10-degree Centigrade cooler and 70% more efficient than its predecessor. On paper, the QC 5 will be able to charge 4,500mAh battery to 50% in just 5 minutes and charge it fully in around 15 minutes. Of course, those are theoretical numbers derived in a proper lab-testing environment. The real world numbers might vary a bit.

We will see this charging technique on tier-1 devices, at least initially.

As noted earlier, Qualcomm Quick Charge 5 made debut recently, and there are no phones yet which supports this charging technique, though Xiaomi is being tipped to be one of the first makers to embrace this fast-charging tech.

When it comes to USB-PD, for most tablets and smartphones, the power maxes out at 30W. Still, that’s quite decent, especially when it comes to phones. Thankfully, there are quite a few devices that support USB-PD charging. 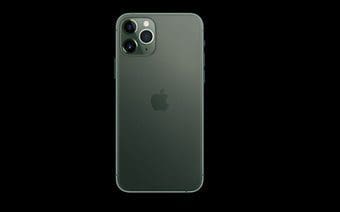 Apple includes an 18W charger in the box with the new iPhone 11 Pro and the 11 Pro Max and it can charge the phones in no time. The new flagship from Apple bundles a mix of stellar features. From the triple-lens camera setup to the A13 Bionic processor, you just name it. The 5.8-inch screen is not only bright and vivid, but it also packs a punch.

At the same time, it shines in the camera department as well. It bundles a triple camera setup and is a video enthusiasts’ paradise, in short. 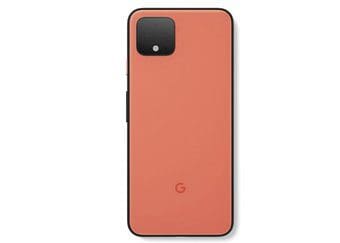 This flagship bundles an 18W power adapter and a USB-C cable in the box which charges the phone to about 47% capacity in around 30 minutes. In fact, the Google Pixel 4A is one of the strictest followers of the USB C-PD charging technique and doesn’t charge at all if you use cables that do not comply with the USB C specifications.

Other than that, this smartphone packs a punch as far as the overall performance and the camera performance is concerned. The OLED screen supports a refresh rate of 90Hz.

However, the battery is a tad on the lower end. While most phones are embracing batteries, which are upwards of 4,000mAH, here it’s a mere 2,800mAh.

Other than the above, USB-PD can also be found in laptops such as MacBook Pro and the MacBook Air.

As Fast as Sound

With fast charging standards becoming the new norm, it was high time that Qualcomm upped its game. And with this new standard, it has started its journey. The 100W power will most likely be seen on high-end products, smartphones and tablets will have to make do with lesser power.

Thankfully, with at least one of the charging technologies being cross-compatible, we will see less e-waste with one charger and adapter that supplies your gadgets and devices.

Next up: Looking to buy a power bank, but can’t decide which one? Read the buying guide below to find what you need to check to find the right power bank.

Apple includes an 18W charger in the box with the new iPhone 11 Pro and the 11 Pro Max and it can charge the phones in no time. The new flagship from Apple bundles a mix of stellar features. From the triple-lens camera setup to the A13 Bionic processor, you just name it. The 5.8-inch screen is not only bright and vivid, but it also packs a punch.

This flagship bundles an 18W power adapter and a USB-C cable in the box which charges the phone to about 47% capacity in around 30 minutes. In fact, the Google Pixel 4A is one of the strictest followers of the USB C-PD charging technique and doesn’t charge at all if you use cables that do not comply with the USB C specifications.

The Qualcomm Snapdragon 845 processor supports download speeds up to 1.2Gbps.