Digital Optical Audio output (also called TOSLINK) and an HDMI port are present in almost all TVs and soundbars. Both pass audio signals from TV to soundbars or Audio Video Receivers and are available at a variety of rates easily. 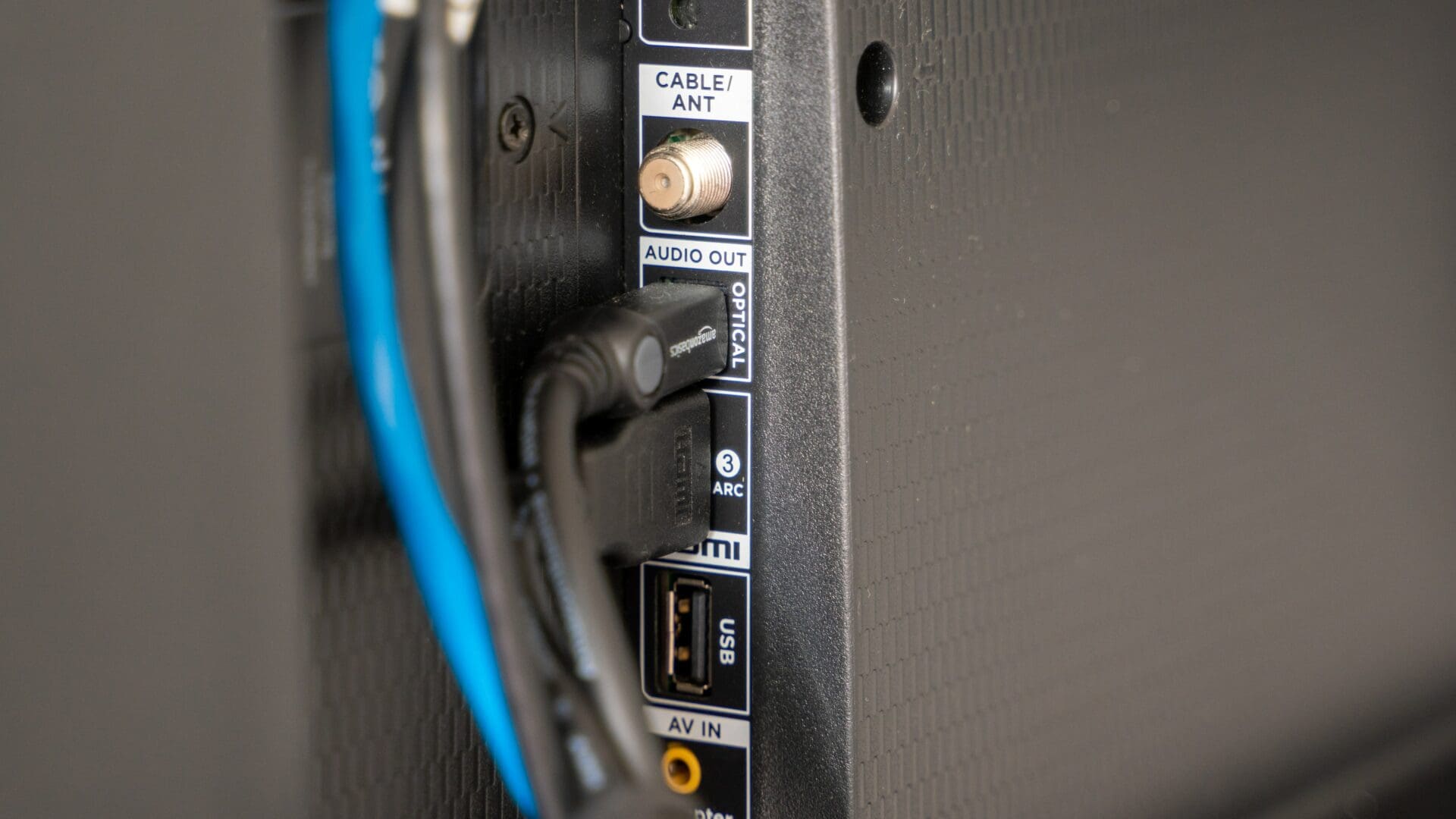 HDMI ARC (Audio Return Channel) lets you transfer audio and video signals together, while optical audio cables are only limited to audio. So, if your TV and soundbar have both ports, what do you do? Which one should you use?

Well, that’s what we shall discuss in this post today and dive deep into the basics of digital optical audio cable and HDMI ARC to figure out which audio cable suits your needs better.

Without further ado, let’s get started. But first,

What Is HDMI ARC

HDMI (short for High-Definition Multimedia Interface) is the interface to carry video and audio signals between TV and gaming consoles, streaming boxes, and soundbars. Traditionally, HDMI cables are made from copper. However, you’ll also find HDMI cables made from optic fibre and they’re quite costly. 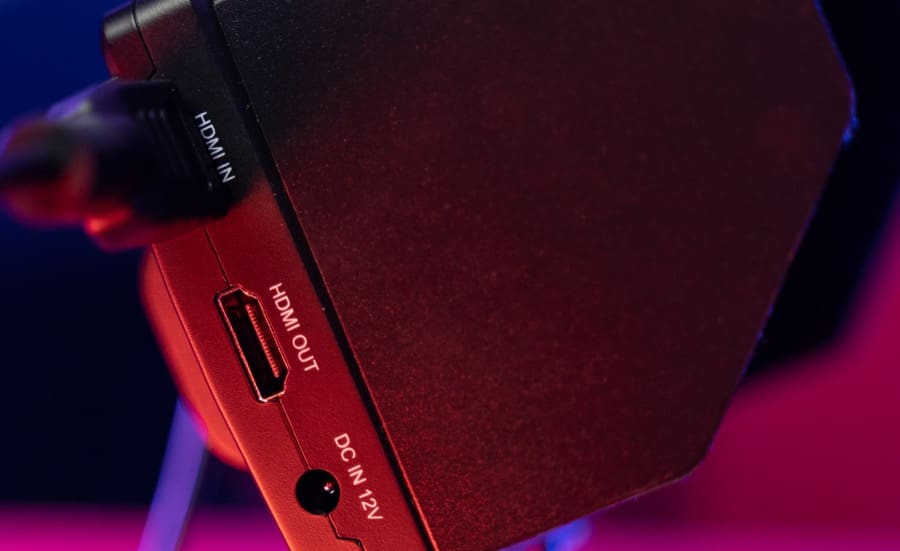 The use of copper in HDMI cables makes them affordable. However, it also makes it prone to electromagnetic interference generated by powerful electrical appliances. Thankfully, such interference is not common in normal household setups.

That said, HDMI has seen quite a few iterations since its inception. Now, HDMI 2.1 is the latest version that you’d likely see in the latest and popular electronics like OLED TVs, gaming consoles like PlayStation 5 and the Xbox Series X, soundbars, and Audio Video Recievers.

Traditionally, HDMI could only transfer video. And in 2009, it welcomed the HDMI ARC protocol to facilitate 2-way communication for audio and video. So if you have a compatible TV and a soundbar, you can use a compatible HDMI cable to pass audio from your TV to the soundbar.

However, HDMI ARC is not without its limitations. For one, it can’t transfer high-res audio. The maximum audio bandwidth of 1Mbps means it can’t support modern lossless audio formats like Dolby Atmos, DTS-X, or Dolby True HD.

At the same time, it doesn’t support 7.1 channels. However, it’s worth noting that HDMI ARC supports Dolby Digital Plus. For those unaware, Dolby Digital Plus has twice the efficiency of Dolby Digital audio tech and usually found in online streaming services like Netflix, Amazon, Hulu, etc.

What Is a Digital Optical Audio Cable 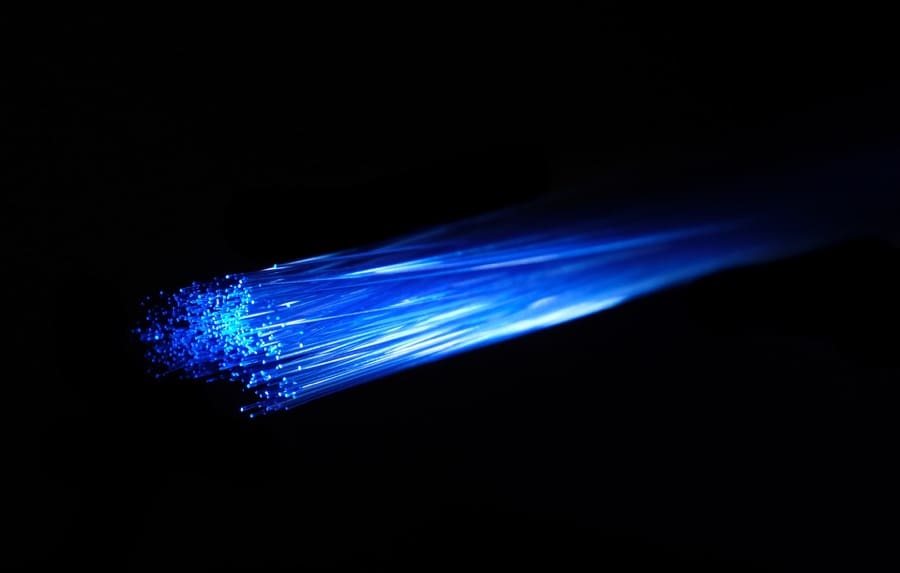 The use of light also means that optical audio cables have higher run-length compared to HDMI ARC cables. So if you plan to route these cables inside dry walls, you can do without worrying about signal loss or degradation.

However, you will have to go the traditional route when it comes to connecting a slew of peripherals to your TV and soundbar. That means you’ll need a separate digital optical cable to pass down the audio from your TV to the soundbar.

Like HDMI ARC, they do not support 7.1-channel surround sound. But the good news is that they support up to 5.1 channels.

If you opt for an optical cable, you will have to go the long route. In this case, HDMI will do the deed of transferring video, while the optical audio cable will transfer the audio. However, if you have more than one device (Apple TV, a DVD player, and your PlayStation 5) connected to your TV, it will lead to cable clutter.

As opposed to the above, you can connect the said peripherals to your TV via HDMI ARC and connect the HDMI cable to the soundbar. And the TV will do the job of passing the audio from these devices via the HDMI ARC cable. There, problems of cable clutter are solved. The only issue is that one HDMI port of the TV will be dedicated to audio

Another advantage is the support for HDMI CEC (Consumer Electronics Control). To keep things short, HDMI CEC allows you to use the same remote to control the volume, play/pause, or mute the connected devices. For instance, if your TV is connected to a soundbar, you can use the TV remote to tweak the volume.

However, HDMI ARC is also prone to sync issues. In some TVs and soundbars, the audio and video go out of sync. And when that happens, things can get annoying in the long run.

As opposed to it, digital optical cables deliver impressive audio and have minimal chances of audio & video delay/lag.

When it comes to uncompressed or high-res audio, neither optical audio cables nor HDMI ARC cables support lossless audio formats like Dolby Atmos, DTS-HD Master Audio, and Dolby TrueHD. In the case of optical cables, you’ll need to settle for Dolby Digital and 5.1-channel surround sound.

That is mainly because optical cables do not have the necessary bandwidth needed to transmit high-quality Bluetooth codecs like Dolby Digital Plus and Dolby TrueHD. And both of these are integral parts of Dolby Atmos.

On the other hand, HDMI ARC can pass Dolby Atmos (provided both TV and the audio source support HDMI ARC) with only Dolby Digital Plus audio codec. It gives you the flexibility to play lossy Dolby Atmos content found on Netflix or Prime Video. However, it can’t handle the Dolby Atmos soundtracks in 4K Blu-rays.

What Should You Do

The answer is in the form of HDMI eARC or enhanced ARC. eARC, which made its debut alongside HDMI 2.1, lets you send high-quality audio from your TV. It has a high bandwidth & speed, which facilitates support for 7.1-channel surround sound and high-quality codecs like Dolby Atmos, Dolby TrueHD, DTS:X, and DTS-HD Master Audio.

At the end of the day, using a digital optical audio cable and HDMI ARC cable depends on the compatibility of your devices. Suppose you have a slightly older audio system and do not mind missing out on the high-quality sound. In that case, opting for a digital optical audio cable like the Cable Matters Toslink cable is just about fine. You will have to manage with two remotes, though.

On the other hand, an HDMI ARC cable like the PowerBear HDMI cable is a better pick if your TV and soundbar are compatible. While it can’t get you the full 7.1-channel surround sound, you’ll get support for Dolby Digital Plus and lossy Dolby Atmos.

However, if your entertainment setup is fairly new, you should look no further than the shiny new HDMI eARC cable. Not only can you enjoy all the Dolby Atmos content on Netflix and HBO Max, but you can also control your TV and soundbar with a single remote.