Vlogging and recording one’s personal life has quickly become the interest of many on YouTube. It’s a great way to capture your memories in the form of videos for nostalgia and share them with the world. While your life may be amazing, it’s important to use a capable camera to record those precious moments. 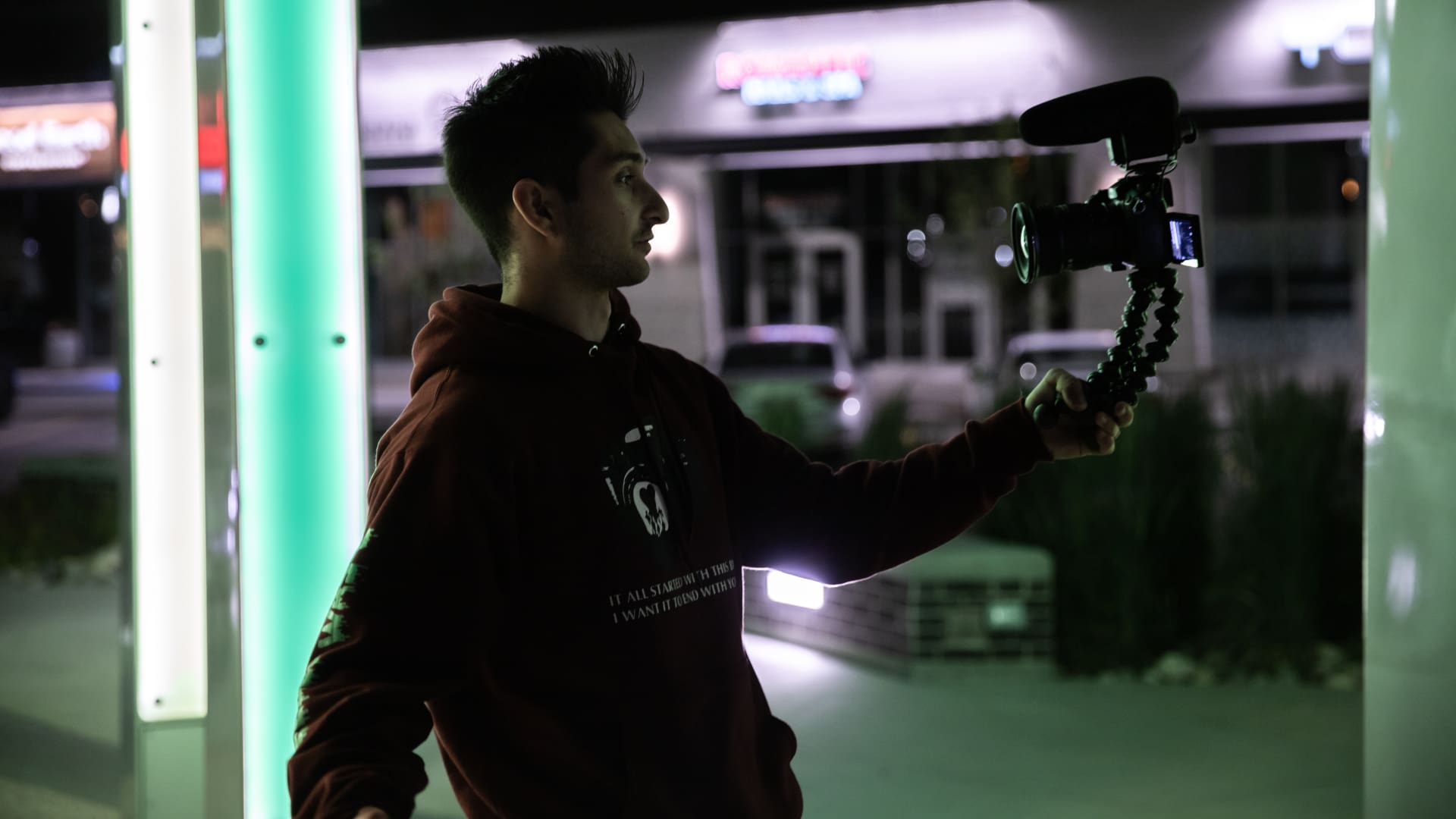 Several parameters are important to consider when picking up a vlogging camera. It needs to have good stabilization, a good mic, and most importantly – a flip screen. A flip screen is essential for a vlogging camera since it helps you frame yourself properly and record good content. Here are some of the best vlogging cameras with flip screens across different price points and feature sets.

Before get to them, here are some other articles you may be interested in –

Let’s get to the cameras now.

This is one of the most affordable vlogging cameras that you can get with a flip screen. One of the specialties of this camera is that you get an in-built zoom lens that can go all the way up to 24X zoom.

While vlogging mainly involves showing yourself on camera for the majority of the time, there are times when you would need to record what’s in front of you. This is especially true if you’re traveling. Whenever you want to record something that’s far off, the 24X zoom lens on the Panasonic Lumix FZ300 will come into play.

It’s a great way to zoom in on faraway objects, something that would require a dedicated and expensive zoom lens on a DSLR or mirrorless camera. The camera has a flip-out screen that can be rotated at multiple angles. The lens on it is fixed. You cannot use interchangeable lenses on this camera. You can record videos in up to 4K and the camera body is splash and dust resistant. Besides vlogging, you can use this camera for photography as well.

This is yet another vlogging camera that’s similar to a point-and-shoot camera. The Sony ZV-1 is specifically targeted toward vloggers and comes with an improved mic.

When the Sony ZV-1 came out, it was widely regarded as one of the best cameras for vloggers. It’s a lightweight camera with a flip-out screen, making it convenient to carry around. You can record videos in up to 4K with HDR capabilities. The Sony ZV-1 can also be used to stream directly onto YouTube, making it clear that Sony has developed this camera specifically for content creators.

The box also includes a pop filter for the mic to help whenever you’re recording outdoors. This makes it a good option for travel vlogging. Again, note that this camera has a fixed lens and you cannot use external lenses with it. The 1-inch sensor on board should aid with low-light recording, especially late evenings or nights.

This is arguably one of the best vlogging cameras on this list. It has almost everything you would need from a vlogging camera, including extra features like an interchangeable lens system that opens doors to a lot of versatility.

The Sony Alpha ZV-E10 is similar to Sony’s mirrorless APS-C cameras except for it’s specifically made for vloggers. Think of it as the Sony ZV-1 but with an interchangeable lens system. The camera has a 24.2MP CMOS sensor and sports a dedicated button to add more background blur besides the natural depth of field.

Since this is a camera with an interchangeable lens, you can get a wide-angle lens for vlogging with different lenses for various purposes. This is the biggest advantage of getting a camera with interchangeable lenses. You can use a long-distance zoom lens with a large focal length for moon shots. Or, switch it up for a macro lens if you take a lot of close-up shots. This camera also comes with a pop-filter for the mic which can be helpful when it’s windy outside. Apart from vlogging, it’ll suit well when you want to take product shots or zoom shots of the wildlife.

Some people prefer Nikon’s color science over Sony’s or Canon’s. This camera is for those of you. The body has a flip screen that opens downwards, giving you a view of the frame.

This is yet another mirrorless camera with an interchangeable lens system. The Nikon Z50 has a compact body, making it easy to carry around. The 20.9MP sensor can shoot in 4K and record slow-motion videos in 1080p. Despite the compact form factor, you can get a couple of lenses for specific sequences.

Since Nikon cameras are popular, there’s a chance that there might be users who already own Nikon’s Nikkor lenses. So, if you get this particular camera for vlogging, you can use those existing lenses with the body for various purposes.

Looking for a one-stop solution for a vlogging bundle? Canon has got you covered! The G7X series from Canon is widely popular for its vlogging capabilities and the Mark III further improves on those features.

The Canon G7X Mark III is the perfect starter pack for those who want to get a feel of vlogging regularly. It’s a small and compact point-and-shoot camera which means every time you pull out the camera, it won’t look attract a lot of eyeballs. However, there’s also a downside to this form factor – you cannot use interchangeable lenses so you’re stuck with the perspective that you get with the in-built focal length.

The camera offers 4X zoom, which is still quite good. You can record 4K videos with it easily. The kit bundles two battery packs, a charger, a 64GB memory card, a cleaning cloth, a camera bag, a soft light, and a couple of small tripods. This is a perfect kit when you’re on the move and want to carry everything in a single bag.

Don’t really have a fixed budget in mind? Want the best image quality for your vlogs and an interchangeable lens system? Your search ends with the Canon EOS M6 Mark II. It’s a mirrorless camera with an APS-C sensor and a compact form factor.

Like the Sony ZV-E10, this is a mirrorless APS-C camera with an interchangeable lens system. This makes it perfect for those who want to use the camera for multiple purposes apart from just vlogging. You can record 4K videos and the camera supports Dual-Pixel Autofocus.

Record Your Memories in 4K

Recording moments and memories can be special to a lot of people. Whether it’s those of your kids, pets, or on vacation, grab a vlogging camera with a flip screen and record all your memories in great quality.

The film which used in NASA’s Apollo 11 moon missions was manufactured by Kodak.