The Samsung Galaxy S22 Ultra is a complete powerhouse of features. However, with great power comes a hefty form factor! As a result, the Galaxy S22 Ultra isn’t the lightest or more comfortable phone to use. Since the phone is already quite big, you wouldn’t want to further extend its dimensions by adding a thick case. 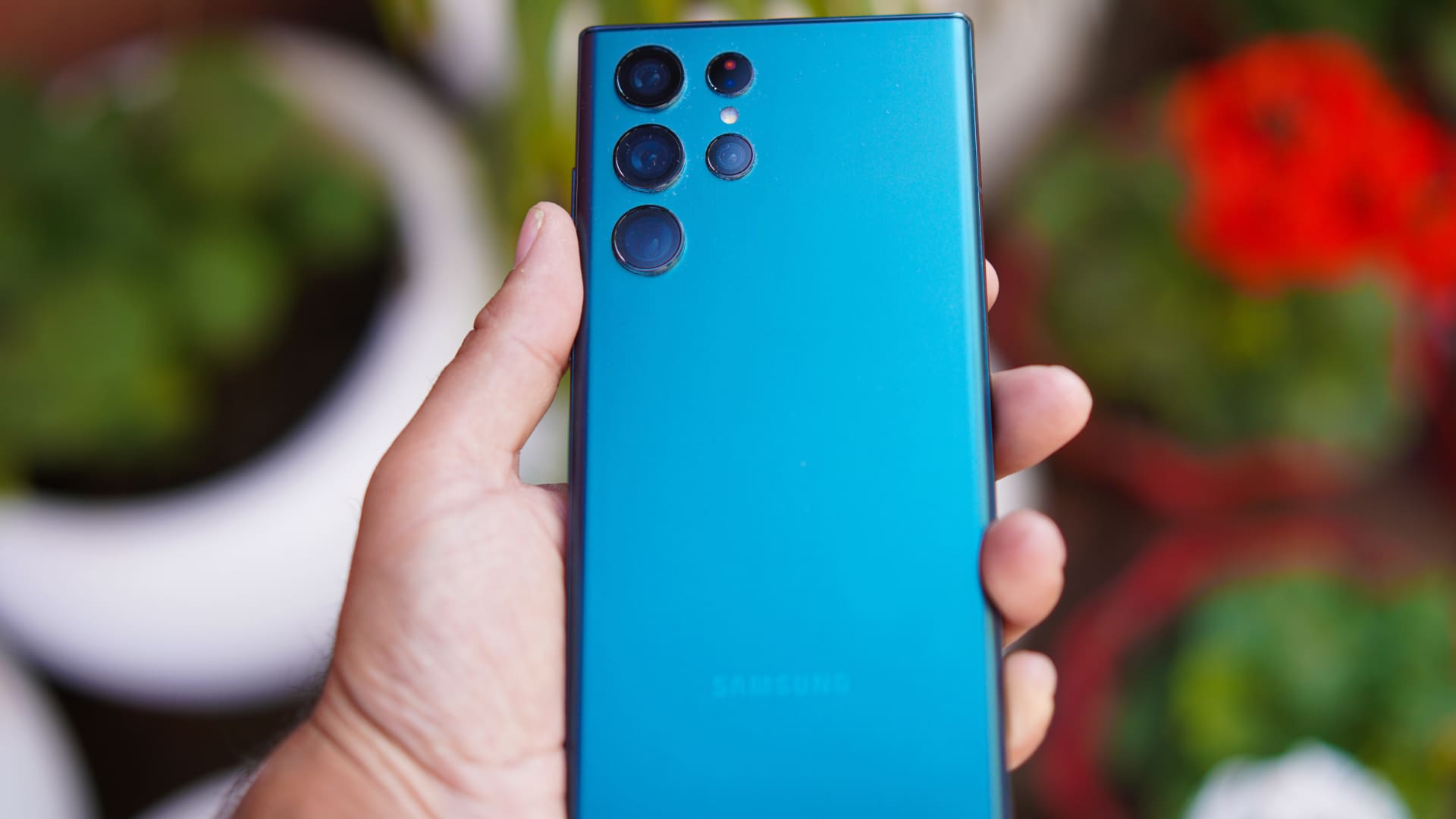 Now, let’s get to the cases.

The Liquid Crystal series of cases from Spigen are thin and transparent. While you get a decent protection, the case lets you show off the color of your phone. If you’re looking for a thin case that’s also clear, this is the perfect combo.

Spigen’s cases are generally known to be of good quality, and this one from the Liquid Crystal series is no different. It’s made completely out of TPU, making it thin and flexible. It will not add a lot of bulk to your phone, but will still provide some basic protection against scratches.

If you tend to drop your phone often, you might want to look for more protective case options. Since this case is made of TPU and is clear, there’s a good chance it may turn yellow over time with usage. Overall, it’s a good thin case for the Galaxy S22 Ultra that’s also rather inexpensive.

While the shockproof aspect of the name might suggest that this is a thick and rugged case, it’s quite the opposite. This thin case has soft edges and a hard polycarbonate back with a frosted look. The semi-clear look gives your phone a cool new identity.

This case from Torras is thin, but isn’t flimsy like some of the super inexpensive ones. It’s not completely flexible thanks to the polycarbonate back, which is translucent. That means others can get a hint of what color your phone’s back is. The edges are slightly softer and wrap around the phone snugly.

The rubbery feel on the edges provide a cushion to the phone if you drop it. The texture also adds a good amount of grip when you’re holding or using the phone. This case strikes a good balance between being slim and protective.

This case from Crave provides a good amount of protection while still being relatively thin. It’s also available in various color options to either match or provides contrast to the color of the back on your Galaxy S22 Ultra.

The Crave Slim Guard is made of a flexible material that’s good at absorbing shocks. While it may not be as protective as a rugged case, it provides enough protection to sustain a sudden drop. The case consists of soft materials which make it feel great when you hold the phone in your hand. There’s a matte texture on the back and sides for a better grip.

Unlike the other cases on this list, this case adds an element of fun to your phone with multiple color options. You can choose from 5 available colors depending on the color of your phone. The color options are nice and bright, which makes your phone stand out in a crowd. All of this while still maintaining a thin form factor.

Spigen makes one of the best budget cases. The Thin Fit is like a hard shell that wraps around the device and provides some basic protection while not being too bulky.

Spigen has redesigned the Thin Fit series of cases recently to make it slightly more protective than before. The case is now slightly softer to improve the impact resistance without increasing the thickness considerably. You get a matte exterior that’s soft to the touch and slightly flexible.

The Spigen Thin Fit isn’t as protective as some other cases from Spigen but the hard exterior ensures your phone stays safe when inside the case. This case doesn’t add bulk but can protect your phone from getting scratched, but it won’t protect your display.

Otterbox is generally known for bulky and protective cases but the Prefix deviates from that niche and focuses on being slim while still giving your phone solid protection. This is the best pick for a slim case if you want the peace of mind.

You would have heard of Otterbox as a brand that makes some of the most protective and durable cases for smartphones. The cases boast of an exemplary drop resistance. However, the Prefix series takes a different route. The case is rather slim and has a clear back to show off the phone’s color.

The sides are made of shock-absorbing TPU material and are available in multiple colors. Thanks to the colored sides, the case gives a modern and fresh appeal. While the Prefix case isn’t as thick as some other Otterbox cases, it provides a good amount of protection to the phone.

Carbon Fiber is a material that both looks and feels good to hold. Not to forget, it’s also extremely strong while being lightweight. This case is made of carbon fiber and has a thin profile. It adds almost negligible weight to the phone making it one of the slimmest cases.

The Galaxy S22 Ultra is a heavy phone, and if you don’t want to add more than a few grams to the weight of the device, this is the case to get. It’s slim, looks great, and is made of aramid fiber that provides strength.

Since the case is so thin, you cannot expect a lot of drop resistance from his case. If you drop your phone often, we wouldn’t recommend picking this up as there’s no cushioning in case of a hard impact. This case mainly provides basic protection against scratches while improving the aesthetics of your phone.

Get a thin case for your Samsung Galaxy S22 Ultra and protect it from scratches and dents without adding too much bulk. Since the phone is quite thick, a thin case is a perfect companion to go along with it.