The Apple iPad Air 4 (fourth generation) is a well-made tablet and bundles several nifty features previously available only on the iPad Pro lineup. It’s a well-made tablet, but it’s not invincible. And if you carry your iPad Air 4 during your travels, you may want to wrap it up in a rugged case to prevent unnecessary scratches and scuff marks. Also, it will also help to absorb the brunt of accidental falls and drops. Besides that, a rugged case can easily fit into your backpack and you won’t have to worry about usual wear and tear. 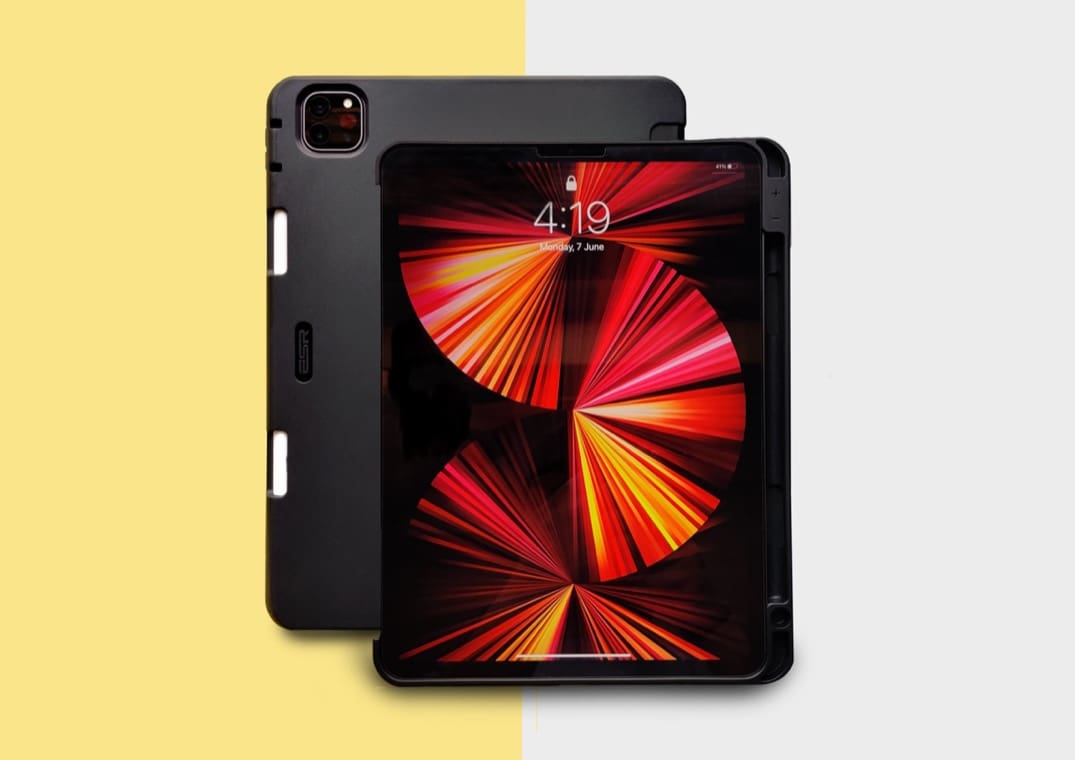 There are quite a few rugged and armored cases available for this 10.9-inch iPad Pro. As noted earlier, they wrap around the iPads body, and the textured surface lets you have a proper grip.

So, if you are looking to protect your iPad Air 4 from external damage, here are the best rugged case for iPad Air 4 you can buy. But before that,

MoKo’s rugged case brings a clean look to the table. It doesn’t have a bulked-up look commonly associated with rugged cases. Instead, it features a slightly slim case with slight textures at the back. At the same time, the kickstand helps you prop up your tablet easily. It’s a 360-degree case and comes with a quality bumper and a screen protector.

It’s sturdy and easy to put on. Several users have backed this claim in their reviews. All the cutouts for ports and buttons are in the right places and are easily accessible.

If you are on the lookout for a ‘slim’ rugged case then this MoKo case makes for a good pick.

The Supcase Beetle case is the one for you if you plan to give your iPad to kids regularly. It’s a fully armored case to provide 360-degree protection. It packs a screen protector and flaps for buttons and ports. The best part is that the case provides you with a grippy surface which will help them hold the iPad Air better.

However, features like dual-layer design and screen protector come at a cost, and in this case, it’s the thickness. The Supcase Beetle adds a certain bulk to the overall form factor and can be a little challenging for kids with small hands to handle. On the upside, you can rest assured that your iPad Air will survive its share of minor bumps and drops.

It’s a well-made and durable case – many users back this in their reviews. But installing is a tad challenging and you’ll need to be a bit careful while snapping it on.

Apart from that, it works as advertised. This case doesn’t pack a kickstand. So, you’ll have to hold it with your hands or prop it against a stack of books to watch movies and TV shows hands-free.

A kid-friendly rugged case for iPad Air 4 is the one by Herize. It comes with a kickstand and hand strap at the back. There’s a provision for a shoulder strap at the edges. Naturally, the kickstand enables children to watch videos or refer documents with ease. Strap can be handy to let the kids hold the iPad during trips or outdoors.

It’s a tough case and keeps the iPad Air from usual harm. More importantly, it fits the. iPad well. However, a few users have pointed out that the Herize case lets in dust from crevices. So you might have to remove the case and clean the iPad as well as the case regularly.

Alternatively, you can also check out the Seymac iPad Air Case

The ZtotopCases case is in the same price bracket as the ones above. It’s a 360-degree case and bundles tough PC edges, making it easy to hold the iPad in a hand. Also, the case comes with a flexible kickstand.

Interestingly, the kickstand sits flush with the case. All-in-all, the ZtotopCases case fits the iPad Air 4 well. And despite an added layer over the display, the typing experience is seamless and smooth.

The ZtotopCases iPad Air 4 case is popular on Amazon. People like the fact that it works as advertised.

Otterbox is known for its strong and sturdy cases, and the one for iPad Air 4 is no exception. Unlike the ones above, it doesn’t have added frills like a kickstand or pencil holder. Instead, it features a clean look and has a huge cutout at the back for the Apple logo.

It is a well-made case and has reinforcements at the sides to bear the brunt of falls and drops. Speaking of drop-protection, there are several reviews on Amazon praising this Otterbox case for that. One user says, “It’s been sitting on my iPad for a while and I have dropped my iPad so many times, and still nothing.”

The added protection comes at a cost, literally. This Otterbox case is more expensive than its counterparts above and costs almost $20 more than the ones above.

Folio or flaps are generally not seen in rugged cases. However, the UAG Metropolis folio case adds this nifty add-on like a pro and brings the best of both worlds. Not only does it shield the iPad Air 4 like a boss, but it also lets you prop your tablet horizontally. Aside from that, it’s a well-made case and keeps the iPad Air scratch-free.

At the same time, it’s durable, and the textured case ensures a tight grip. More importantly, it works as advertised, especially when it comes to shielding the iPad from drops and bumps. Several users the case since it protects the iPad inside like a tank and also sports a sharp look.

One of the main disadvantages of rugged and armored cases is that they add significant bulk to the tablet (or phone), and the device tends to lose its original form factor.

If you are looking for the best deal for your money, the Supcase Beetle Series and the Herize Case for the iPad Air 4 prove to be good picks.

The Apple A12 Bionic has about 6.9 billion transistors.