Smart plugs are a great way to control your appliances without being physically present to operate switches. Even when you’re not home, you can turn off the backyard lights or even the water heater remotely with your phone. While smart plugs work well indoors, you can’t use every single one of them outdoors. You’ll need an outdoor smart plug that’s weatherproof. 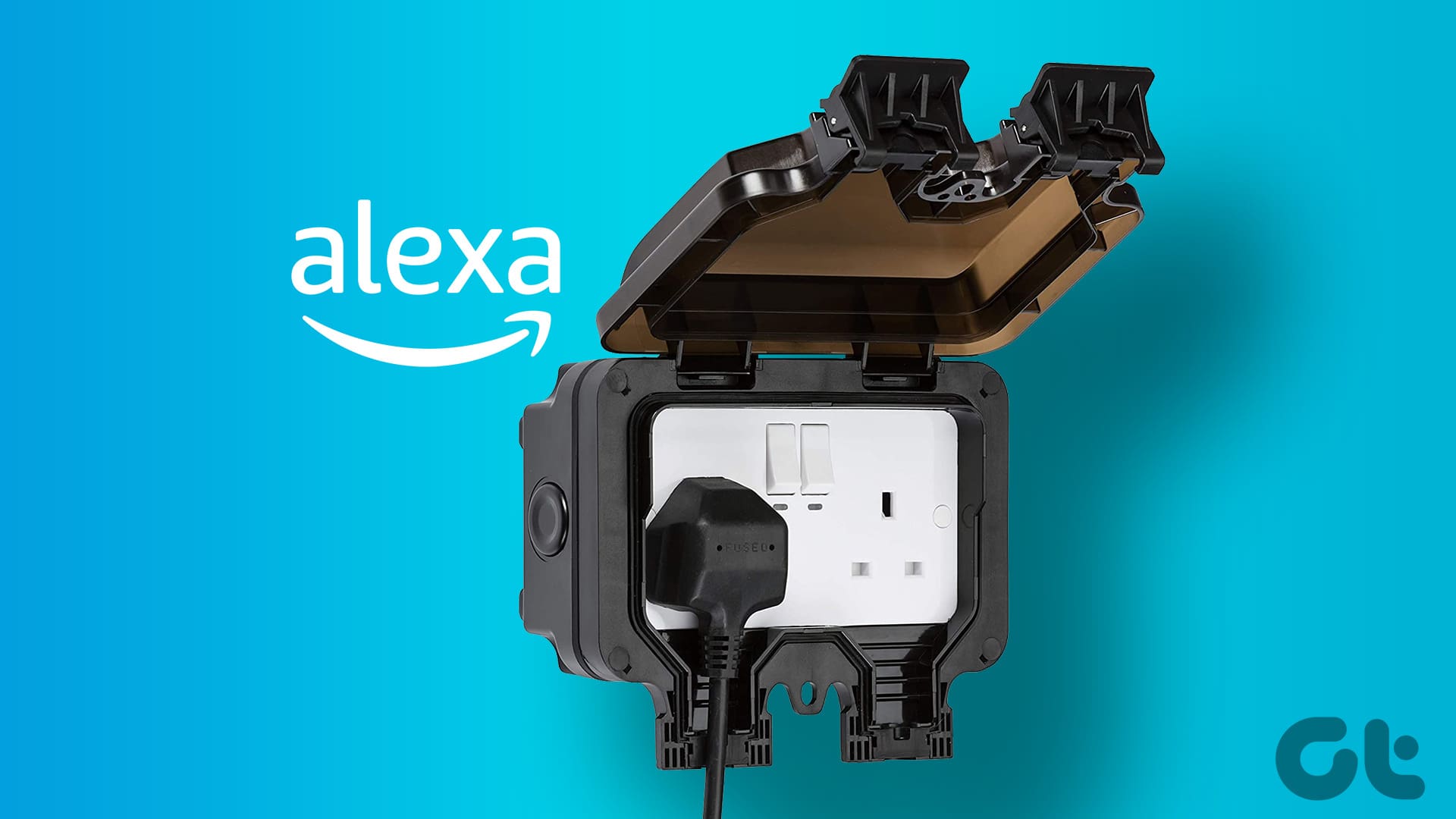 This is because most smart plugs are not water-resistant and cannot sustain extreme temperatures. If you want to control your outdoor appliances and devices, we’ve compiled a list of the best outdoor smart plugs with Alexa that you can buy in the UK. This way, you can use your voice to control your devices without being worried about rain or snow ruining your plug.

Before we recommend the smart plugs though, here are some other articles you may be interested in –

With that out of the way, let’s take a look at the products.

Kasa is a sub-brand of TP-Link which you may recognize from their routers and other networking products. The Kasa smart plug is IP64 rated so it can sustain some rainfall or splashes. It even has a waterproof cover for when it’s not in use which secures it even more. This is one of the best smart plugs for outdoor use and the reviews seem to agree.

The Kasa outdoor smart plug has a unique design that looks different as compared to typical smart plugs. It has a rugged exterior that makes it weatherproof even in wet conditions. You can plug in a maximum load of 15A which should be sufficient for most appliances. Since it connects to Alexa, you can either control it via the app or via your voice.

You don’t need any hub to control the Kasa outdoor smart plug. It connects to your Wi-Fi network directly and can establish a connection even from 300ft away. It’s also fire retardant which is great if there is a short circuit due to water. One complaint that some users have mentioned in the reviews is that the waterproof cover breaks easily which makes it hard to protect the socket in case there’s heavy rainfall.

You get 2 years of warranty from the brand but we’re not sure based on what conditions you will be able to claim it.

This is a heavy-duty smart plug that is IP66 rated which means it’s going to be better against water compared to the previous option. You get a complete enclosure around the socket itself ensuring it remains safe, regardless of heavy rains or bright sunlight. It also has a flap to prevent water from entering the enclosure.

The Woox smart plug is rated for 13A of current, slightly lower than the 15A rating of the Kasa plug but should be good enough for most use cases. However, it’s way more rugged, both in terms of how it looks and the actual protection that it offers against extreme conditions like heavy rainfall or snowfall. You get a weatherproof exterior along with a flap on the front that goes over the plug you connect.

This way, the water stays out of the plug’s contacts, ensuring there’s no chance of a short circuit. This Alexa outdoor smart plug doesn’t require a hub either and connects directly to your Wi-Fi network. While most reviews are good, some users have complained that the instructions provided with the package aren’t useful. So, you might have to figure out the setup process yourself. Some users have also suggested that there’s a slight lag between when a command is given and executed.

This is one of the best outdoor smart plugs with Alexa in the UK due to a few reasons. Firstly, you get 2 sockets instead of just one which is always helpful. Then, there’s the tight waterproof seal cap that you get when a socket is not in use. Finally, it also supports Apple HomeKit along with Alexa, so it’s universally compatible.

The Meross outdoor smart plug is an easy recommendation purely based on the features it provides. The two sockets support a maximum load of 13A. The plug enclosure is IP44 rated so it should be fine with rain and the occasional splash. If it rains heavily, you will have to close the flaps by disconnecting the plugs to ensure water doesn’t enter the sockets.

However, a better IP rating would have sealed the deal (and the plugs too). You get a single power button at the center to manually turn the smart plug on and off. In all, this is a good heavy-duty smart plug with Alexa for most conditions. Some people have reported that the commands given through the app have failed at times, but that could also depend on your network connection.

Here’s another dual-plug outdoor smart socket with a waterproof enclosure. Just like the second product, this also has a flap that seals the plug and prevents water from entering inside. If you want a smart plug that can even sustain heavy rainfall and harsh conditions, you should consider getting this one.

While the Meross smart plug is easy to set up and has more features, it’s not truly waterproof like this smart plug from Knightsbridge. That factor alone can sway some people in the direction of the Knightsbridge smart Wi-Fi plug. You get two sockets next to each other with a water-tight door that seals the plugs.

This additional safety is what makes this plug waterproof. While the Meross plug also has a cover, you can only use it when the sockets are empty. However, the cover on this smart plug can be used even with appliances plugged into the socket. It works with Alexa and Google Assistant too so there’s no real compromise in terms of smart features.

Some users have mentioned that it is slightly tricky to set up initially, though, and that some units have stopped working after a few months. The latter, however, depends on several factors including quality control, usage patterns, etc.

Keep Your Plugs Safe and Smart

It’s important to ensure that the sockets and devices you’re using outdoors remain safe throughout the year, regardless of the weather outside. These outdoor smart plugs with Alexa are a great way to ensure that your plugs and appliances remain secure through the bright sunshine and the heavy rainfall in the UK.

There is an option for voice purchasing in the Alexa app.