When it comes to recording adventure activities using action camera, GoPro is the first name that pops up. GoPro has built a reputation in the market as one of the best brands to manufacture action cameras. Whether it’s to record sporting events, moto vlogs, or even a quick surfing session at the beach, you would think of getting a GoPro. 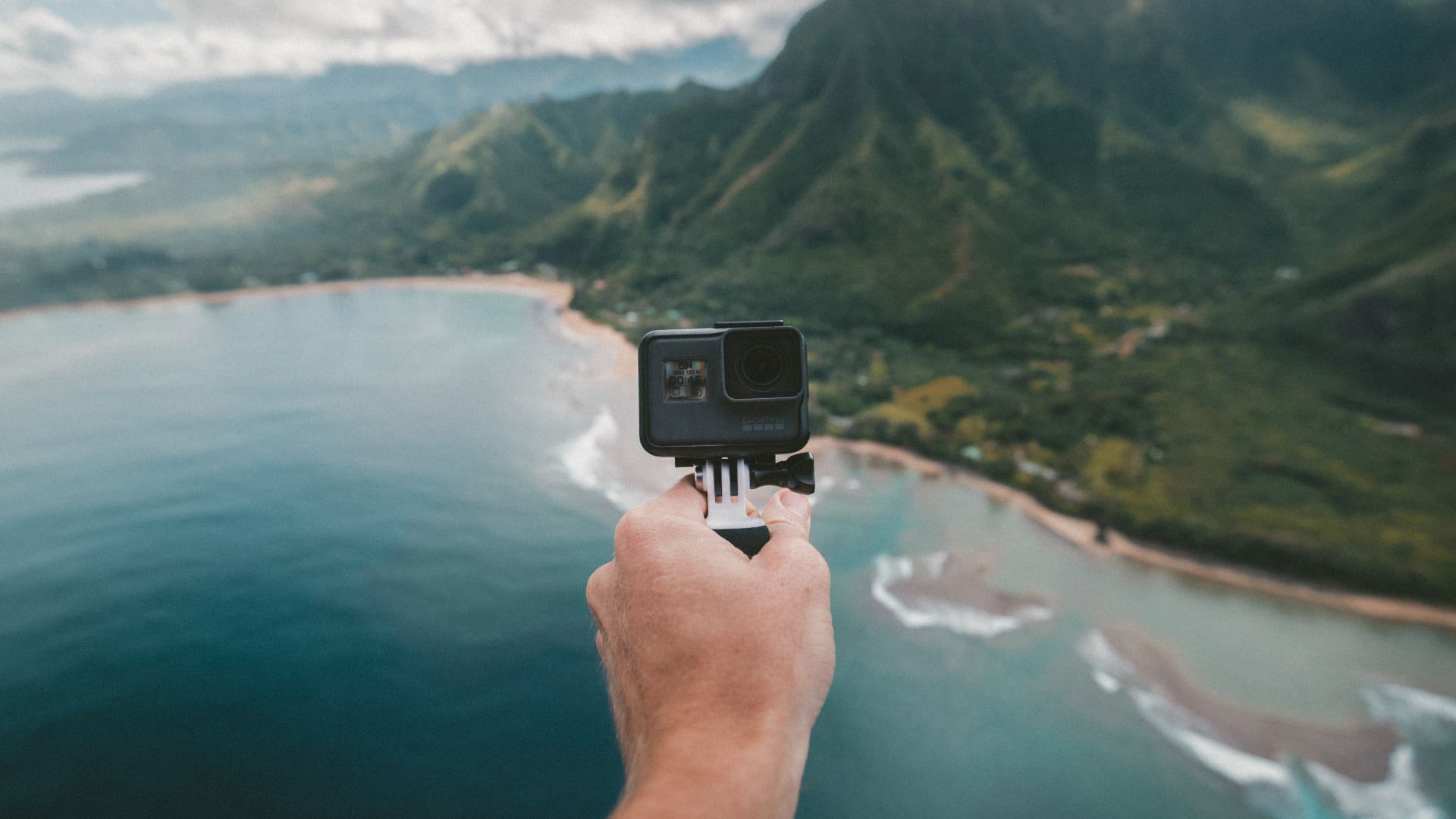 The challenge is that a GoPro camera can be rather heavy on your pockets. Apart from that, there can be other options in the market that provide better features than a GoPro. If you’re in the market for an action camera, we’ve shortlisted some of the best GoPro alternatives with 4K recording. All these cameras have multiple usecases and are either cheaper than a GoPro or are more versatile.

But, before we get into the list of products, here are some other articles you may be interested in –

Let’s get to the GoPro alternatives now.

This is hands down one of the best action cameras on a budget. The Akaso Brave 4 costs a fraction of the GoPro Hero 10 but comes with a host of features, making it a great deal under $100.

If you’re planning to buy your first action camera, this 4K camera from Akaso is a great place to start. The camera is relatively cheap at just under $100 and offers a variety of features. It has a 20MP sensor that can record videos in up to 4K. Also, the camera comes with Electronic Image Stabilization (EIS) and up to 5X digital zoom.

The brand claims that the camera is water-resistant, so you can take it with you for swimming or diving and immerse it in up to 30m of water. There is an LCD display on the back to help with framing and a digital panel on the front to indicate battery levels. Speaking of batteries, you get two of them in the box. A helmet mount is also provided with the package making it ideal for recording bike rides.

Kodak used to be one of the leading brands in terms of cameras a while back. This tiny camera tries to build on that legacy by offering you a 360-degree view of your surroundings. It’s a tiny 36-degree camera that fits your pocket and can record videos up to 4K.

The Kodak Orbit 360 is a budget-oriented 360-degree camera that is small in size and easily pocketable like a GoPro. While it’s not exactly an action camera, it has got a few features that make it an interesting purchase, especially at this price point.

It’s a 360-degree camera which means you can capture a complete 360-degree view of your surroundings. That means you get two cameras – one on the front and another on the back. Both lenses record the unique perspectives and stitch them into one image. You can then view these images in VR as well. These videos can also be uploaded as 360-degree and VR videos directly to YouTube. If you travel often and want to capture panoramic scenes and a group of people, this is a good option.

A GoPro has a slightly large form factor thanks to the fact that it has an in-built display on it. This may not be ideal for all purposes. The Drift Ghost XL Pro addresses this by getting rid of the screen and making a slim camera that’s easy to handle.

The Drift Ghost XL Pro is a handy action camera that’s more portable and has a few interesting features that you won’t find even on a GoPro. There’s in-built stabilization in the camera along with a waterproof exterior. Note that it’s waterproof and not water-resistant, making it an excellent choice for water sports like surfing or diving.

You can use the Drift Ghost XL Pro for live streaming directly via the camera. There’s also a dash cam mode onboard, which means you can get a mount and use the camera in your car as a dash cam when you’re not using it as an action camera. Another specialty of the camera is that it can record for 7 straight hours on 1080p and 4.5 hours on 4K.

This is arguably one of the best value for money options out there in terms of action cameras with 4K recording. You can record in 4K 60fps along with the ability to take 48MP photos. There’s good stabilization for videos and HDR as well.

The Insta360 One RS 4K Edition is one of our favorite action cameras, especially at this price point. It has a modular design, meaning you can carry around the camera section if you want a small form factor. If you want a display to act as your viewfinder and view the captured photos and videos, you can snap it into place.

Another advantage of this form factor is adding a module battery pack for extended usage. The ability to detach and snap the display also means having the display on the sane side as the lens, making it easier to see yourself while you’re vlogging. This brings us to the fact that this is an excellent action camera for vloggers.

DJI is one of most reputed brands in terms of drones and camera accessories like gimbals. But, it’s not just limited to that. The DJI Osmo Action Cam is a handy 4K camera with 2 displays for easy recording.

We recommended the Insta360 One RS for vlogging since it has a display that can be reversed and brought to the front to frame yourself. While the DJI Osmo Action Cam doesn’t have such tricks up its sleeve, it has two displays to solve this problem. One on the rear like, most action cameras, and one on the front. You can use the rear display when you’re behind the camera and the front display when vlogging.

Apart from this, the camera is waterproof up to 36ft, so you can easily use it under water. The field of view you get with this camera is extremely wide at 145-degrees, making it excellent for recording scenes that need a wide coverage. Whether it’s to vlog a group of people or record a sports adventure like trekking, this camera from DJI could be a good option. It’s also a great fit for moto vloggers who want to record everything on the road.

Just like the Insta360 One RS, the DJI Action 2 also has a modular design with multiple modules that snap onto each other. This makes it a great option for those who want to use the action cam as a body cam.

Since the DJI Action 2 has magnets to snap on multiple modules together, you can snap one onto your outfit and use it as a bodycam. Otherwise, you can use it as a normal action camera by snapping on the lens element with the display module. This also allows you to have two displays – one on the front and one on the back.

Again, this is an excellent option for vloggers or frequent travelers who like recording their experiences on camera. Since you can snap this onto your clothing, it saves you the hassle of holding the camera in your hand or mounting it on a tripod. This makes it more convenient to you. It’s slightly more expensive than a GoPro but provides additional versatility and convenience.

Gone are those days when you would need a large and bulky camera to record good-quality footage at high resolutions and frame rates. Pick up any of these GoPro alternatives to start your content creation journey with an action camera.