The Google Pixel Watch is arguably the best-looking smartwatch out there currently. This is thanks in large to the dome-like curved display that gives the watch a unique and premium look. While it’s attractive for sure, the curved display is equally susceptible to damage. So, the best way to protect it would be to get a Pixel Watch screen protector. 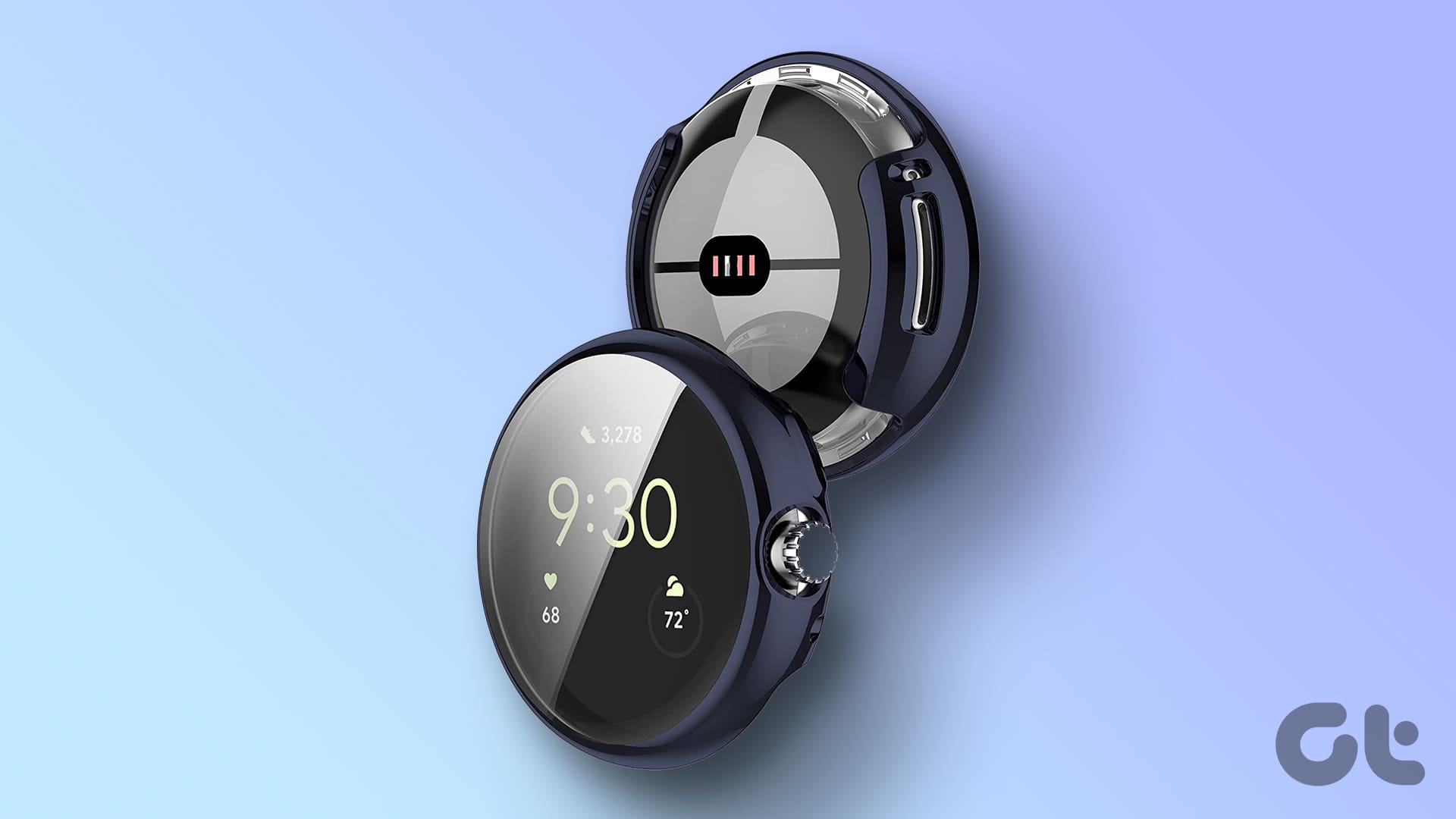 It’s not easy to find good screen protectors for curved screens though, especially if they’re as curved as the one on the Pixel Watch. However, we’ve made your job easier by finding the best ones out there. Here are some of the best Pixel Watch screen protectors to keep your new smartwatch safe.

But, before we get to the products, here are some other articles you may be interested in –

With that out of the way, let’s get to the screen protectors for your Pixel Watch.

The first product isn’t a screen protector by itself. Instead, it’s a case that has a built-in screen protector so you not only get protection for the screen but also the frame of the watch. There are several colors to choose from if you want to change the look of your Pixel Watch.

Since it’s hard to find a good screen protector, you might want to consider getting a screen protector case for the Pixel Watch. This way, your watch will remain safe from scratches and dents even on the frame if at all you drop your watch. The case has proper cutouts for the speaker, mic, and digital crown on the right.

While this is a reliable and protective combo, what might put you off is that the screen protector doesn’t adhere to the screen. Hence, the touch sensitivity of the display takes a hit. If you can live with a slightly less responsive display, you should be fine. Else, you should consider the other dedicated screen protectors.

This is a PMMA screen protector from PANDESS which means it’s made of plastic but has a strong adhesive that sticks to the screen and curves over the edges. The 3D curved circumference envelops the dome-shaped glass on the Pixel Watch to give a seamless look. It is both protective and looks good on the watch.

PMMA screen protectors are generally preferred on curved displays like the Apple Watch. This is because a standard screen protector cannot wrap around the curved edges, resulting in air gaps. A 3D curved screen protector like this solves the issue by introducing a black border along the edge to cover the air gap.

What isn’t an advantage, though, is that because of the thickness, this screen protector affects the touch sensitivity of the screen. It’s very slight though and you can surely live with it. But, you may have to tap on an icon twice sometimes for it to register.

The Pixel Watch screen protector from Ringke is a thin plastic film that only covers the flat portion of the display. It does not cover the edges since they are rather steep and the material wouldn’t be able to adhere to that sort of curve. It protects the display rather well though but it can only prevent scratches. So, if you bang your watch against a hard surface, the display won’t be protected.

If you don’t mind leaving your watch’s bezels exposed, this Ringke Pixel Watch screen protector is a good choice. It adheres to the screen perfectly and since it’s thin, it doesn’t cause any touch issues. It’s made of plastic, though, so it will get scratched up pretty easily. However, you get 3 of them in the box so if one gets beat up, you can swap it out pretty quickly.

The Ringke Dual Easy Film is also compatible with cases for the Pixel Watch since it won’t interfere with the bezels. Ringke claims that the screen protector has self-healing properties so if you do end up scratching it, it should heal itself in some time.

Apart from the fact that it’s smaller than the display, there’s no real downside to this screen protector.

If you don’t mind a film-based screen protector, this is one of the best options out there. The IQ Shield Matte full-body protector has an anti-glare finish and, as the name suggests, covers the entire body and not just the display. The matte coating means it adds a smooth texture to the screen and makes it more legible outdoors. You also get basic protection for the frame and the rear of the watch without adding a case.

The IQ Shield matte protector is a liquid-based screen protector which means the application process is anything but straightforward. Once you apply it, though, the result is a seamless screen protector that covers the entire front of the Pixel Watch including the curved glass. Additionally, you get the matte texture, which, in our opinion, makes the watch look better and avoids fingerprints.

Your Pixel Watch’s sides and back will also stay away from scratches, thanks to the fact that you get a film for those portions as well. If you can patiently get through the application process, we would highly recommend the IQ Shield screen protector for the Pixel Watch.

Do note that since it is film-based, you’re not going to get any impact protection but your watch will stay safe from scratches.

The Google Pixel Watch has one of the most beautiful displays and it would be a shame to damage it. To prevent that from happening, you can get any of these Pixel Watch screen protectors and add a layer of protection against scratches and cracks.

The Watch Series 3 (cellular) lets you make phone calls through the eSIM.