The Pixel 7 Pro is Google’s latest top-of-the-line flagship which means it’s got the best internals and display. The display, just like last year, is a curved panel which means it’s attractive, but at the same time, fragile. Curved displays are also harder to protect since most screen protectors don’t adhere properly. 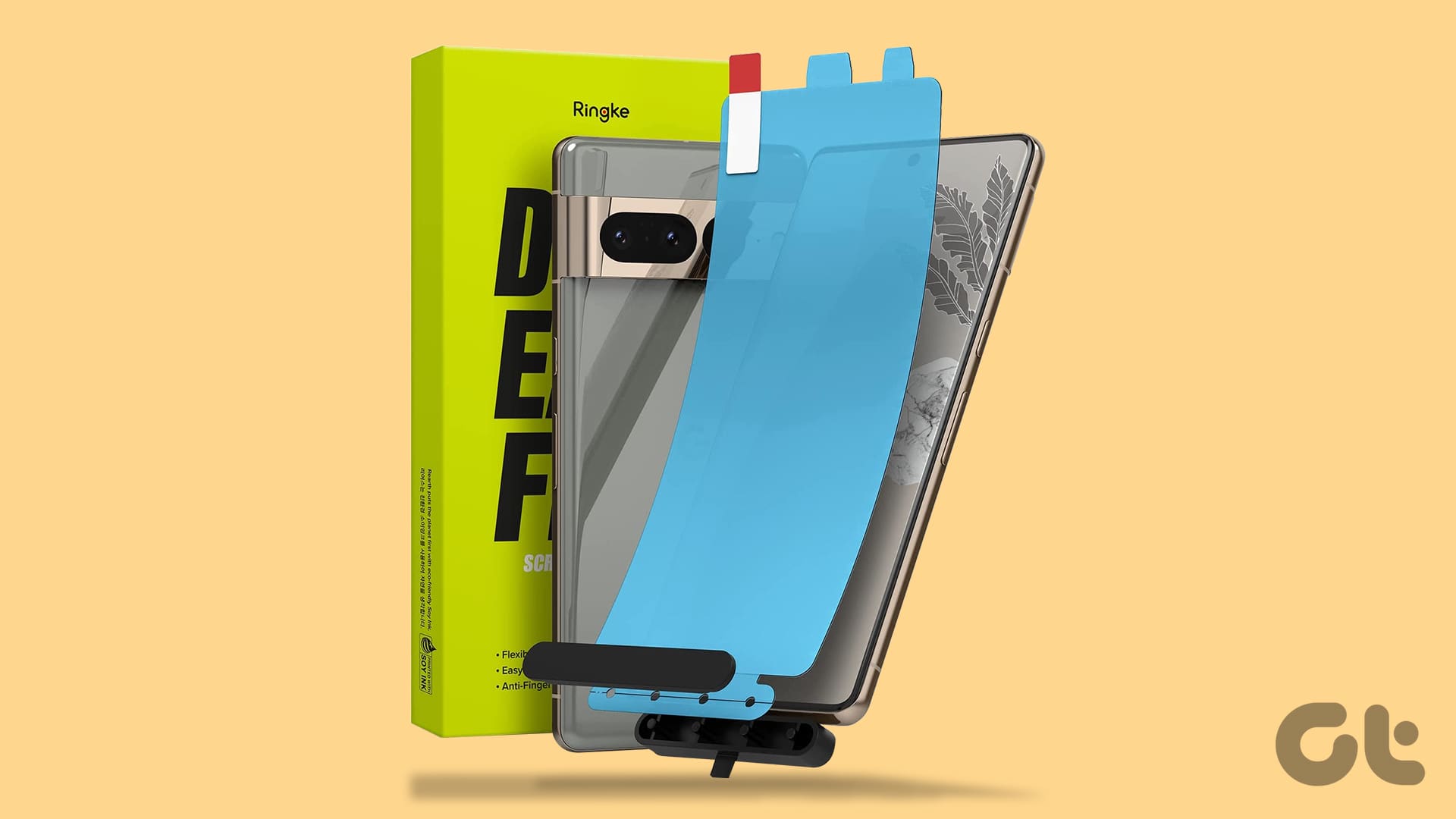 However, before we get to the products, here are some other similar articles that may interest you:

Spigen has developed the NeoFlex screen protector in partnership with Google which makes it the only Pixel 7 Pro-certified screen protector that you can buy. It’s a PET film though which means it won’t protect your display from shattering when dropped but will help prevent scratches.

Given the curved nature of the display on the Pixel 7 Pro, Spigen’s glass screen protector isn’t available for the device. However, the NeoFlex plastic film covers the entire front of the Pixel 7 Pro and protects the display from getting scratched. It also has self-healing properties. So, even if the screen protector gets scratched, it will be back to normal in no time — does it though? You can only hope!

However, the Spigen Pixel 7 Pro screen protector isn’t easy to apply which is its biggest drawback. It’s a liquid-based application that can get rather messy if you don’t have prior experience applying these types of screen protectors. However, you get two in the pack so if you mess up the first one, you always have a backup.

If you drop your phone often, we suggest pairing this with a case since the screen protector by itself doesn’t provide any protection against drops.

Here’s yet another plastic film screen protector for the Pixel 7 Pro. The Ringke Dual Easy Film is made from a similar material as the Spigen one but has a simpler application process. You still don’t get protection against drops but at least you won’t end up with any dust under the screen protector, thanks to Ringke’s clever application technique.

While the Spigen screen protector requires a lot of cleaning, spraying, and manual alignment, the Ringke Dual Easy Film makes the process — you guessed it right — easy. You get an application guide in the box along with the film that has 2 layers. The first layer automatically picks up all the dust particles from the screen before the second layer adheres it to the display.

Just like the Spigen protector, though, this is also a thin film so you don’t get any protection from drops. It’s also rather easy to scratch, so keep it away from keys and coins. Further, you get 2 in the pack, so if one accumulates a lot of scratches, you can swap it with the second one. Note that these PET films aren’t very durable and may start to peel off from the edges in a few months, especially with rough use.

Supcase is well-known for making some of the most protective cases on the market. This is mainly because most of their cases have built-in screen protectors. Since the Pixel 7 Pro’s display is curved and it’s hard to find screen protectors that actually protect the display from shattering, a case with an integrated screen protector seems like the best alternative.

This Pixel 7 Pro case with a built-in screen protector adds a considerable amount of bulk to your phone which is one of its biggest drawbacks. If you already have a slim case or you prefer using a clear case to show off your phone, we wouldn’t recommend this product. Instead, consider getting the next product on this list which is a UV-activated tempered glass screen protector.

The only way you can get a proper Pixel 7 Pro tempered glass screen protector is by using a UV-activated one like this from IMBZBK. It involves using a liquid-based glue that first needs to be applied onto the phone’s display after which the glass is placed and cured using UV light. If you’re willing to go through the hassle, the protection is worth it.

UV-based tempered glasses are pretty much like standard tempered glass screen protectors in terms of protection. The only difference is in the application process which is rather complex in this case. You can either get a perfect install or go wrong terribly with sticky glue all over your phone and hands.

The good thing is that the brand probably knows you might mess up, so they give you 3 glasses in the box so there is some room for error. As for the protector itself, it is also curved along the edges just like the Pixel 7 Pro’s display and works with the in-display fingerprint reader. Since it’s made of glass, it also offers protection against drops.

Along with 3 screen protectors, you also get 3 camera protectors in the package which is always a bonus. If you’re willing to patiently go through the application process, this UV glass undoubtedly offers the best protection while retaining the original look and feel. We would highly recommend it over the plastic ones mentioned earlier.

A scratched or cracked display would ruin the viewing experience on any phone. So, the best way to prevent it would be to use a screen protector. You can get any of these screen protectors for the Pixel 7 Pro to ensure your display gets away unscathed even if it comes in contact with a hard surface.

Initially, Google Assistant was exclusive to the in-house Pixel phones.