The Nothing Phone (1) is the latest product from Carl Pei’s new-age tech company trying to make space for itself in the crowded market. The phone generated a lot of hype for its unique design and Glyph lights. While the phone may be attractive, the charger is absent from the box. That’s not surprising since it has become sort of a trend not to include chargers and assume that you’d have one on you. 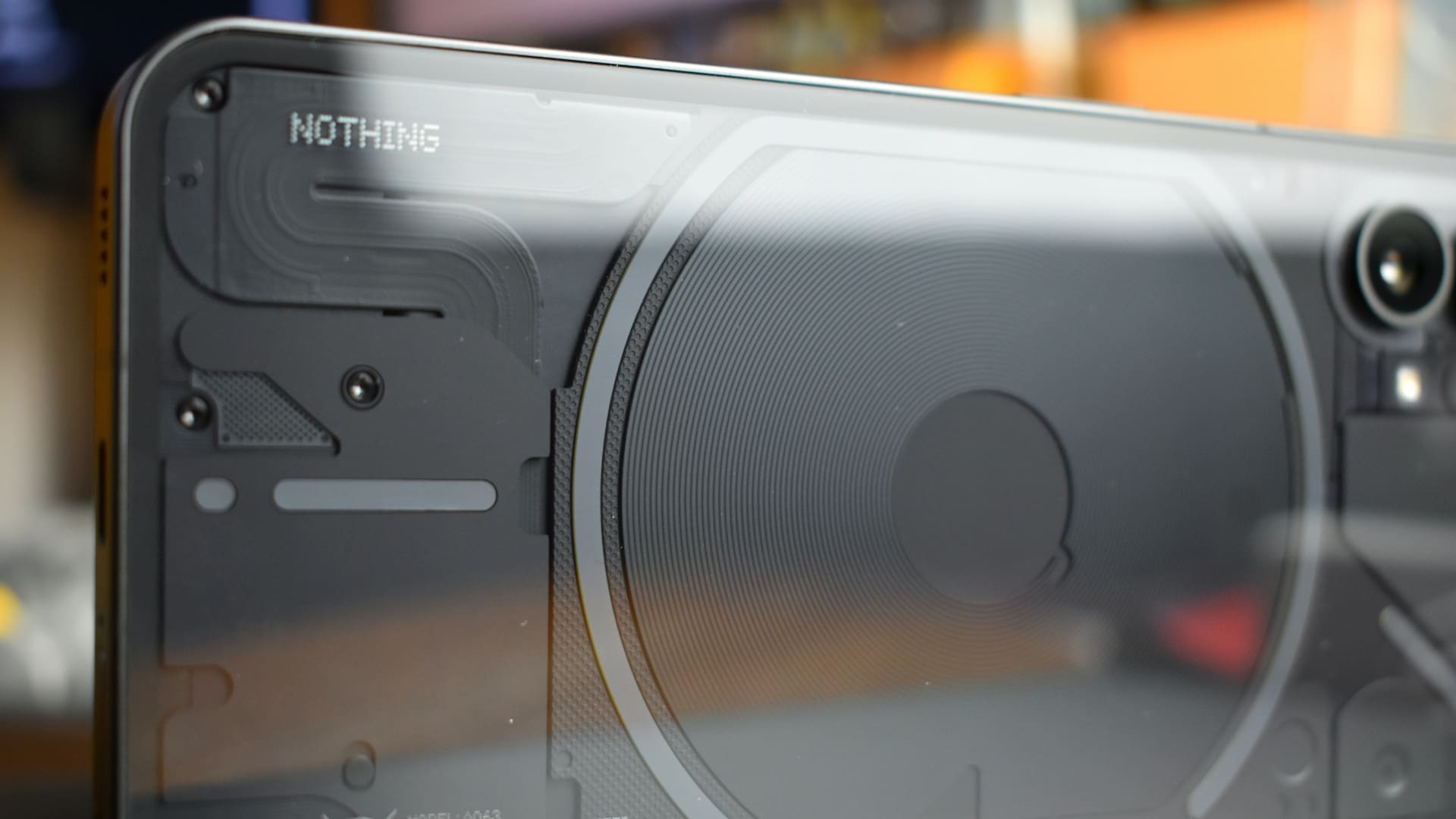 This can be an issue for users who are either newly switching to Android or are getting their first phone with a USB-C port. Either way, we’ve got you covered. Here are some of the best chargers for the Nothing Phone (1) in the UK. The phone supports fast charging via USB-PD up to 33W, so all adapters mentioned in this article will work fine.

But, before we get to the chargers, –

Let’s charge ahead to the adapters now.

Belkin’s dual-port USB Type-C charger offers a maximum output of 20W each. It gives you the convenience to plug two devices and charge them simultaneously.

Belkin’s charger promises USB Type-C Power Delivery for your phone and then you can charge another peripheral on the other port. The two USB-C ports are placed slightly lower instead of the center. At a time, both ports can provide charging output of 20W each.

While the Nothing Phone (1) does have support for a higher wattage charging, but you’ll have to pay extra to enjoy that. While you may seem to compromise on the fast charging speed, you gain an additional port to charge your second phone, smart watch, or smart band at 20W speeds.

Not surprising that Nothing its charger that you need to buy separately. While it’s officially rated to offer 45W charging speeds, it can only go up to 33W at a time. You can always use that extra charging wattage for smaller laptops like a MacBook Air.

Nothing’s official charger is quite straightforward. It’s a 45W charging adapter with a single USB-C port on the rear. The charger supports the USB-PD charging standard to charge other devices that support fast charging at up to 45W.

The Nothing Phone (1) cannot make the best of the 45W output since it can only go to 33W, as noted earlier. If you don’t want an adapter that can charge multiple devices at the same time, you can pick this one up. It’s also relatively inexpensive for a 45W charger.

Otterbox is generally known to make cases so you might be surprised to see a product from the brand on the list of best chargers. Nevertheless, this is a 30W GaN charger from Otterbox, and while that may seem pretty normal, it’s a rugged charger just like the Otterbox cases.

Have you heard of rugged phone chargers? Staying true to its products style, the Otterbox’s charging bring has some rugged elements on it. So even if you happen to drop it a couple of times, it will continue to work.

The Otterbox rugged charger has an output rating of 30W. This is slightly lower than the 33W, the maximum charging speed supported by the Nothing Phone (1). But, it should still charge your phone fairly quickly while resistant to damage.

Spigen’s two-port charger supports a maximum output of up to 65W. So, you’ll get the best charging speeds for your Nothing Phone (1) along with the ability to charge other high-power devices.

Spigen’s 2-port charger can juice up the Nothing Phone (1) and other device that supports USB-PD charging. You get two USB Type-C ports on the charger. However, only one of them can hit the 65W charging output at a time.

When charging two USB Type-C devices, the output will be split between two ports as 50W and 20W. So you can Nothing Phone (1) at the highest possible speed and still juice up the other gadget at a 20W speeds. It’s a worthy investment compared to the other options above.

Anker Nano II is a small and compact GaN (Gallium Nitride) charger that has a max output rating of up to 65W.  The two USB Type-C ports clearly come marked for the one for phone and the other for a laptop.

Anker’s Nano II is easy to carry charger for both your phone and laptop to help during your travels. Since the Anker Nano II can charge devices at up to 65W, it’s a good charger to use not only with the Nothing Phone (1) but even with a laptop. There are two USB ports on this charger so you can fast-charge two devices simultaneously.

The charger is designed in such a way that it is smart enough to realize what devices you’ve plugged in to split the power accordingly when charging two devices. So, if you’ve connected your MacBook and your Nothing Phone (1) together, a higher wattage will be allocated to the MacBook while the phone will charge slightly slower.

This charger is called a charging station for a reason. While we mentioned a few chargers that have two USB-C ports, this one retains those two ports along with two other USB-A ports for additional accessories. The maximum output is a mammoth 120W when you’re charging multiple devices.

The Spigen 120W GaN charger can be used to charge just about any device that charges via a USB-C port. If you’re using just a single USB-C port, you can charge a MacBook Pro or any high-end laptop with 100W of output. This is while still getting an additional 20W via the secondary USB-C port. If you want to charge the Nothing Phone (1) at the highest speed, you can plug it into one of the USB-C ports along with another smartphone right below it.

The two USB-A ports on the side can output a maximum of 18W. This should still be sufficient to charge a few smartphones albeit slowly. You can also use them to charge other accessories like smartwatches and headphones. Overall, this is the ultimate charging hub if you have a lot of devices along with your Nothing Phone (1).

It’s a pity that brands have started excluding something as basic as a charger with a smartphone. If you got yourself the brand new Nothing Phone (1), make sure to pick up one of the chargers from above, or you’ll be left with a dead phone in a few hours.

It’s estimated that spammers only get one reply per 12 million sent emails.