The Nothing Phone (1) generated a lot of hype mainly for its bold design. The phone has a transparent back that looks cool and is worth showing off. But, if you put on a case to protect your phone, you’ll lose out on that beautiful back panel – unless you get a clear case. 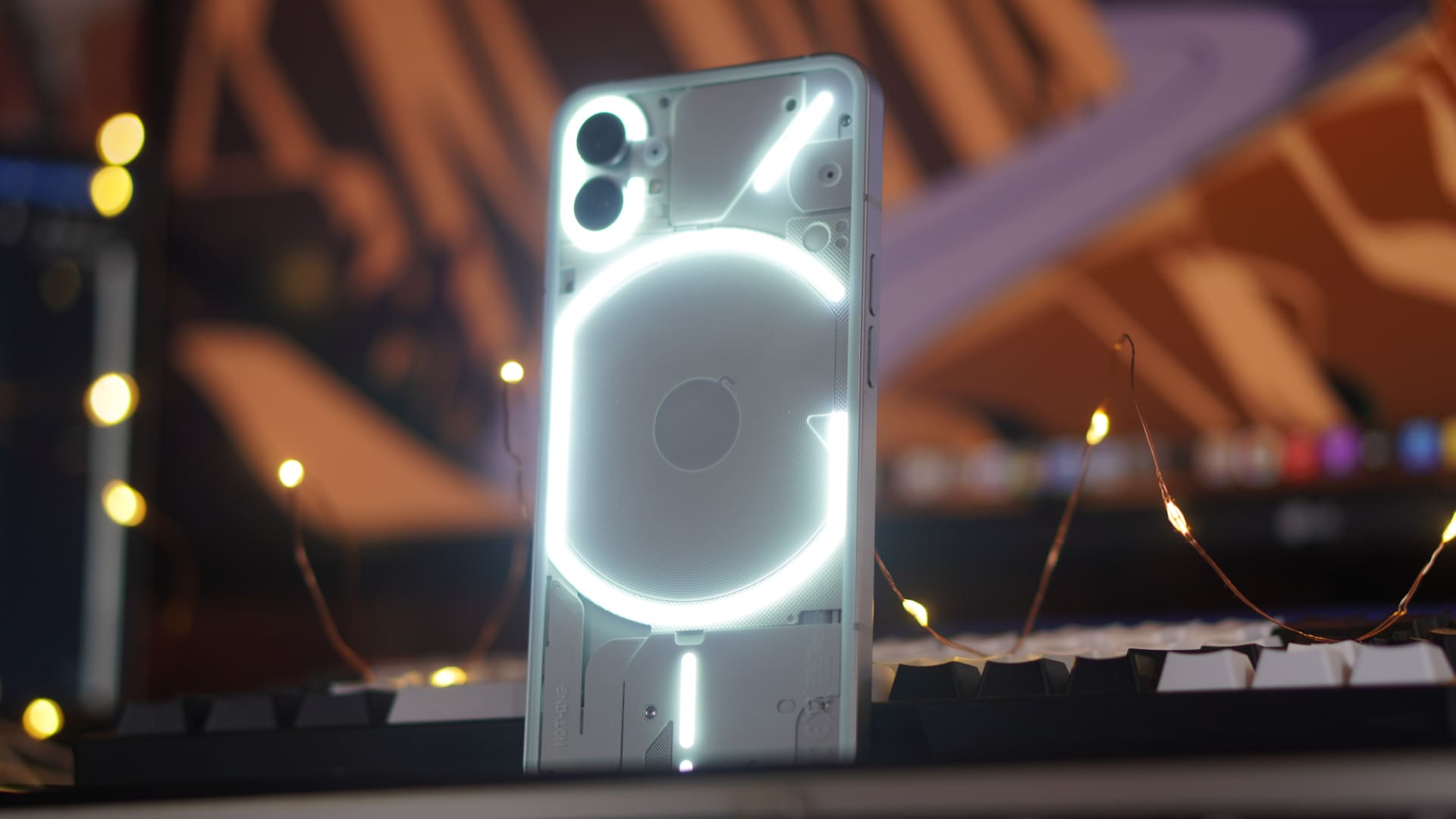 A clear or transparent case would let you show off that back and allow those Glyph lights to work as intended. You can also get a case with a completely covered back if the glowing LEDs on the rear are too loud for you. Either way, we’ve listed some of the best cases for the Nothing Phone (1) you can buy in the UK. Feel free to pick up the one you like the best to protect your device.

Before we get to the cases though, here are some other articles you may be interested in –

Let’s get to the cases now.

The Nothing Phone (1) has a transparent back, which means a clear case with transparent back will retain its original beauty. Also, the black borders on the edges will provide a better grip.

There are several variations of a clear case that you can get for a phone and this is one of them. It has a hard, polycarbonate back for added protection to the rear of the phone. The sides are made of TPU, are black and offer a texture that’s feels good to hold.

The bumpers on the edges go all along the case and provide a good amount of protection even if you drop the phone. Since the corners are also slightly reinforced, this case offers better protection than most regular clear cases.

This is the only case on this list that doesn’t have a transparent back. It’s a folio case made of PU leather that can serve multiple purposes. You can use it as a case, a wallet, and it even has a kickstand built-in.

That is where this folio case comes into the picture. It has a fabric-like material on the front that looks quite nice. A magnetic flap keeps the case closed when you’re not using the phone. You can store your cards within the flap and also turn it into a kickstand to watch shows or movies.

3. Clear Case With Hard Back

Clear Case with Hard Back

This case is similar to the first option mentioned in the list. However, the difference is that this case has clear sides that warp around the phone while the previous one had black sides. So, you can pick the one you prefer based on looks.

Some users like having only a clear back on their case while some may want the entire case to be clear. If you fall into the second category, this case is for you. The back of the case is transparent polycarbonate case, and the sides of the phone are also clear TPU. Initially, it will look good. However, the TPU will turn yellow over a period of time.

If a clear case doesn’t offer much functionality, the best way to tackle it is to add additional features to it. This clear case has a kickstand on the rear and a ring to work as a grip and a kickstand.

You may have seen a few cases for other phones with this type of ring holder for better grip. Usually part of thick, rugged cases, but not in this one. This case is specially customized for the Nothing Phone (1), all thanks to the Glyph lights and transparent back.

The attachment is at the center of the case’s rear. That means you lose out on wireless charging when the phone is inside the case. However, you can slide the finger in the ring at the back to get extra grip while holding the phone. This ring also acts as a kickstand to rest the phone on a surface. Otherwise, it’s a standard TPU clear case that’s flimsy and thin.

This magnetic aluminum case is unlike any other case we mentioned before. As the name suggests, it’s made of aluminum and is a snap-on case with two parts. It provides excellent protection for your phone but adds some bulk.

This case comes in two parts – one for the rear, which is clear and is attached to a metal frame. The other is for the front and has a tempered glass screen protector built-in. The two laters snap onto each other with the phone in between.

It’s a shockproof case with metallic edges to provide your phone a solid protection. The clear back ensures that the back panel is visible enough to enjoy Glyph lights in action. The only flipside is that this case adds a lot of bulk and weight to your phone.

Since Nothing made the phone, they also made an official first-party case to go along with it. This is a pretty simple transparent case that shows off phone’s design and the Glyph lights. It’s slightly on the pricier side though.

Since Nothing makes both the phone and the case, it’s going to fit the Nothing Phone (1) like a glove. This is a clear case has a hard polycarbonate back and flexible TPU bumpers. It provides a decent amount of protection for your phone, but the sides will turn yellow with time.

To avoid this, you can pick up a smoky black version of the same case. It has a darker hue that would look good on the black variant of the device. While it may slightly hide the transparent portion of the phone, it should look good with the Glyph lights.

Show off Those LEDs

The Glyph lights on the back make the Nothing Phone (1) stand out. You wouldn’t want to hide it behind an opaque case. Get one of these cases to protect your phone while keeping the transparent back of the phone open to the Glyph magic.

At any given point in time, eBay has millions of live listings.