So it seems only fair that we pit these two devices against each other and see which one has a better worth for your money.

Please note that in this post, we have compared the 4GB variant of the Moto G5 Plus.

On the other hand, the Moto G5 Plus is slightly smaller at 5.2-inch, but thanks to its generous bezels, it appears to be a taller phone. Apart from that, the Moto G5 Plus packs in a fresh look with a full metal body with shiny edges.

Both the phones pack in a premium design and aesthetics, but the Moto G5 Plus is lighter at 155 gms, while the J7 Pro weighs 181 gms.

Here’s are a couple of points, where we can draw the line between the two phones.

The only difference is in the matter of looks. The J7 Pro packs in the memory card and the secondary SIM together while the Moto G5 Plus packs in the SIMs and the card in one single slot.

Another point of similarity is the Micro USB charging port. Even if the Galaxy J7 Pro released in mid-2017 and the G5 Plus in the early part of 2017, both the phones still pack in the charger of the yesteryears.

So, if you are looking for a universal charging standard or a faster method of data transfer, then you’ll have to look past these devices.

Remember how the heart skips a beat each time your phone falls? If luck isn’t on your side, you might end up with a shattered screen. That’s when the built-in screen protection comes to the picture.

The Moto G5 Plus comes packed with Corning Gorilla Glass 3.

Though it’s a few versions behind the current one, still it’ll play its part well in saving your phone.

With the Samsung Galaxy J7 Pro, there’s no back-up when it comes to screen protection. So, an investment in a good quality tempered glass is a must.

The Samsung Galaxy J7 Pro is powered by the octa-core Exynos 7870 processor which clocks at 1.6GHz. It comes with 3 GB RAM and 64GB of internal storage. With the 14-nm FinFET design, this processor consumes up to 30% less power and easily pulls off both small and big tasks with ease. The Antutu benchmarking tool clocked a score of 46358. 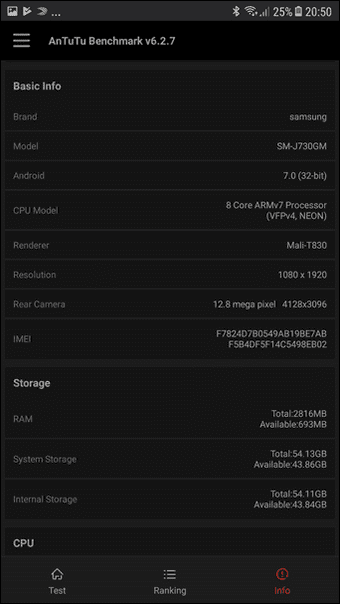 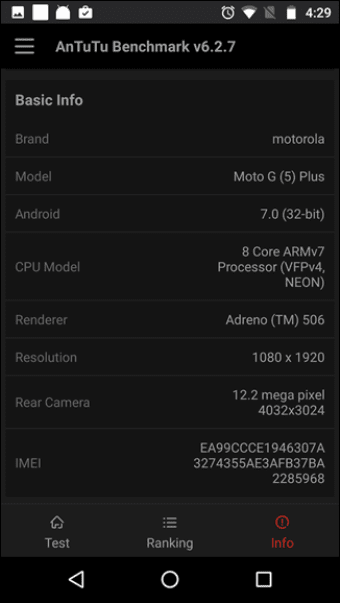 On the other hand, the Moto G5 Plus is powered by 2GHz octa-core Qualcomm Snapdragon 625 processor and it comes with 4GB of RAM.

Though both these chipsets are considered almost equal, the Snapdragon 625 of the Moto G5 Plus is hands down better than the Exynos processor. This difference doesn’t spring up much in the day-to-day activities, but when it comes to gaming, the Exynos processor takes a hit.

The gaming performance of the Moto G5 Plus is great and the user experience is snappy.

When it comes to casual gaming, even the Samsung Galaxy J7 Pro can handle most of the games seamlessly. However, in Asphalt 8 there are noticeable lags in the highest graphics settings.

The Moto G5 Plus comes bundled with a turbocharger which plays a key role in charging the device quickly. On an average, it takes around 1 hour to charge it up to 80%.

But when it comes to the charging type of the Samsung Galaxy J7 Pro, it is neither backed up by Quick Charge or Fast Charge. It easily takes close to 2.5-3 hours to fully charge the J7 Pro.

From the software perspective, both the Samsung Galaxy J7 Pro and Moto G5 Plus sport the latest Android version —  Nougat. So the difference ultimately boils down to the J7 Pro’s TouchWiz vs G5’s Stock Android.

The Galaxy J7 Pro is teeming with features, thanks to the TouchWiz UI of Samsung. And the best among these built-in features is the Samsung Pay which lets you do cardless transactions through your smartphone.

However, the Moto G5 Plus is a pure stock Android experience which translates into lesser RAM hogging features and smooth transitions.

Also, you have the Moto Actions to take care of the redundant activities like locking the phone or switching on the torch.

Most of the smartphone companies don’t keep their promises when it comes to getting devices updated. In this aspect, the Moto G5 Plus seems to be in safe hands as it sees its share of regular security patches.

Plus, the chances of getting it updated to Android O is fairly good.

For the Galaxy J7 Pro, though it’s protected by Samsung Knox and the security patch is the latest, but when it comes to the version upgrade, I am not so sure.

Talking about the camera spaces, both the Moto G5 Plus and the Galaxy J7 Pro bundles in a wide aperture of f/1.7. Since more light reaches the lens, the pictures are bright and vivid.

The G5 Plus pulls ahead of the J7 Pro die to the 1.4-micron pixels, the same found in the Galaxy S7.

When it comes down to the comparison, the color reproduction in the G5 Plus is more accurate and life-like. Plus, setting the focus is a breeze in the G5 Plus.

The following pictures will help you get a better understanding of how the cameras differ.

Additionally, the camera of the J7 Pro has a few additional features like Social Camera and Nearby Places. However, the macro focus is a tad delicate.

On the other hand, the G5 Plus camera can easily shoot great pictures even when it’s handled by a novice.

On a regular day, the Samsung Galaxy J7 Pro with its 3600mAh battery gave an impressive performance. Thanks to built-in battery optimizations, it’ll easily see you through an entire day or even more.

The Moto G5 Plus gives a less-than-impressive performance since it can rarely make it through a day.

However, it makes it up with the turbo charging. It takes under an hour to charge it from 15% to 80%.

Which is Worth Your Money?

These were some of the major pros and cons of the Samsung Galaxy J7 Pro and the Moto G5 Plus. The decision is ultimately yours — whether you’ll prefer a juice guzzling device with a great camera, cool gestures and the stock Android feel or a phone with an impressive battery life, social camera options, and baked-in TouchWiz features. Plus, don’t forget about the incredible Moto G5 Plus gestures.

Nokia’s Snake is one of the most played mobile games.