In a coordinated operation by American and European authorities, two of the largest online markets on the Dark Web — AlphaBay and Hansa — have been shut down for good.

AlphaBay was shut down following the arrest of its owner, Alexandre Cazes aka Alpha02 and Admin, a Canadian national who was living in Thailand. He was arrested by the Thai authorities on behalf of the United States.

The largest dark web website, which had been running for over two years, was accused of facilitating buying and selling of over 350,000 illegal materials including drugs, firearms and cybercrime malware. Its servers were seized in Canada and Netherlands.

Millions of dollars worth of crypto currency was found on the website servers and seized.

“The capability of drug traffickers and other serious criminals around the world has taken a serious hit today after a highly sophisticated joint action in multiple countries. The law enforcement community has sent a clear message that we have the means to identify criminality and strike back, even in areas of the Dark Web,” said Rob Wainwright, the Executive Director of Europol.

According to Europol, transactions worth an estimated amount of $1 billion were made on AlphaBay since it was founded. The payments were made in Bitcoin, Ethereum and other crypto currencies.

Also Read: What is Deep Web? How is it Different from Dark Web?

“Transnational organised crime poses a serious threat to our national and economic security,” said Acting Director Andrew McCabe of the FBI. “Whether they operate in broad daylight or on the dark net, we will never stop working to find and stop these criminal syndicates.” 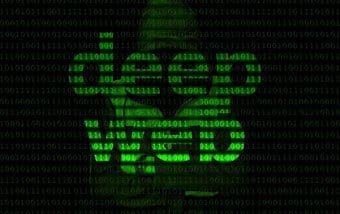 “The so-called anonymity of the dark web is illusory. We will find and prosecute drug traffickers who set up shop there,” said Acting Administrator Chuck Rosenberg of the DEA.

Hansa’s administrators were apprehended in Germany and the servers of the website were seized in Netherlands, Germany and Lithuania.

Silk Road, another dark web marketplace which was shut down in 2013, had only 14,000 illegal listings similar to AlphaBay and at the time was the biggest online illegal marketplace.

The Europol also mentioned that more such operations will hit the illegal markets operating on the Dark web.

These websites can only be accessed using Tor network as they have an onion URL which can not be accessed via our normal browsers such as Chrome or Safari.

Also Read: The Do’s and Don’ts of Exploring the Dark Web with Tor Browser

While it’s not illegal to access the Dark web, you should be aware that a lot many of the websites offer illegal services and accessing them might not sit right with the lawmakers in your native place.

In order to access a website on the Dark web, you’ll either need the exact (.onion) URL of the site or can try your luck with the limited search engines for the Dark web such as The Hidden Wiki.

The first Amazon Kindle was released on November 19, 2007.