The release of the first generation Apple iPad shook up the computing world. Apple recorded a stunning 300,000 sales on just the first day of release, rounding out 2010 at a whopping 14.8 million sales.

This was in start contract to the average forecast of 3.3 million given by Wall Street analysts. However, in recent years, convertible laptop sales have been on the  rise. Conversely, tablet sales have been steadily declining.

Consumers seem to be shying away from slate tablets and moving toward more powerful convertible and ultraslim devices. This increase in power usually means increased productivity for consumers. You may be wondering by now how did this come to be.

What Is A Convertible Laptop?

This notebook form factor is equipped with a screen which can be reoriented by flipping, spinning or sliding  in order to change the form factor.

As defined by the IDC, a convertible laptop is a device which combines the touchscreen and portability of a tablet with the power of a laptop. This notebook form factor is equipped with a screen which can be reoriented by flipping, spinning or sliding in order to change the form factor.

Convertible laptops can usually be transformed into 3 different modes other than the regular laptop mode. These are:

To avoid confusion, let’s clarify some other device form factors which are on the market:

State of The Tablet Market

While the IDC does expect the tablet market to return to growth, this growth is projected to be as a result of detachable tablets.

Meanwhile, the notebook and mobile workstation form factor, which the IDC defines as including convertible laptops, had a showing of 156.8 million shipments in 2016.

This decline in consumer notebook shipments, however indicates a slowing of the year over year shrinking which has been observed in the traditional PC market since 2012. 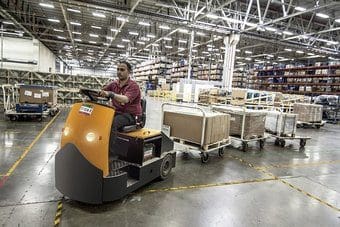 The improved performance of this sector has been spurred on by an uptake of convertible and ultraslim laptops.

The average consumer seems to be gravitating towards devices such as convertible laptops and detachable tablets like the Microsoft Surface.

Slate tablets have taken a hit from bigger phones such as Samsung’s Galaxy Note line in recent years.These bigger phones have especially impacted the sales of 7-8 inch tablets. Consumers are finding it hard to justify buying such a device when their phone screens aren’t that much smaller. 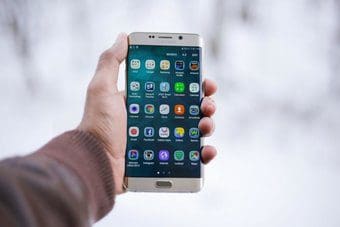 With that being said,  tablets are not likely to disappear forever. They will most likely see increased usage in more specialized situations. This includes usage in stores to provide point of sales services and carrying out customer surveys in stores.

The average consumer seems to be gravitating towards devices such as convertible laptops and detachable tablets like the Microsoft Surface. Increasingly, these devices are emerging as ‘do it all’ devices. They are consistently getting thinner, which is great for portability. They also are capable of performing  on the level of conventional laptops.

Increasingly, these devices are emerging as ‘do it all’ devices. They are consistently getting thinner, which is great for portability. They also are capable of performing at par with conventional laptops.

Admittedly, using convertible laptops in tablet mode feels slightly awkward compared to using a slate tablet. However, the performance benefits make it worth it.

Moreover, the ability to transition between different ‘modes’ such as tent ‘mode’ and stand ‘mode’ allows users to optimize the device for a variety of usage situations.