There are tons and tons of information on the web and a screenshot does a pro-level job of grabbing the moment. Especially in times when news can change in a matter of just a few hours. Or in a much lighter tone, screengrabs of conversation to send to a certain bestie to prove your point. We have all been there, but what if you want to edit a screenshot?

When it comes to the native Android’s screenshot abilities, it’s awfully basic. For instance, you wouldn’t be able to add text, crop or scribble on it at one go. A few smartphones have been building up fairly cool features but there’s a lot to yet to be done.

As we wait for the fully enhanced Android features to arrive, let’s dive in and take a look at some really cool screenshot apps. These not only help in grabbing a quick one (of the whole screen or a portion of it) but also let you edit them straightaway. And that too in an easy-peasy way.

An app with a rating of 4.4 on the Play Store has to be smart and Super Screenshot proves this point beyond doubt. The app is incredibly fast and the range of editing choices are more than impressive.

It lets you resize your images, scribble on them and add text (in all the colors that you can imagine, including pink).

What’s more, you can also blur a certain area in the screengrab. If you ask me, it’s a far better way to hide important info compared to the conventional method of adding a colored box.

The workflow is seemingly straightforward. All you have to do is open the app and tap on the start capture button. From now on, whenever you grab a screenshot the editing panel will pop-up almost instantly.

If Super Screenshot lets you edit a screengrab right away, Screenshot Crop & Share goes a step further and lets you capture only a portion of the screen. And not just any standard portion, you can select a block of your choice, whatever size it is.

There is also an option to grab a snap without the navigation bar or status bar. And once the images are captured, the editing panel comes right up in the bottom.

The app is available for free in the Play Store, there are few in-app purchases that need to be made in order to use some tools.  A notable one is the blur tool, which is unavailable in the free version. A great app in its own way, my only gripe is about its speed — if only it could be a tad faster.

Surely you have tried grabbing a screenshot using the conventional method – power button + volume key (or recent button for Zenfone users). And if you feel that’s too passé, Touchshot is the ideal app to take you the next level.

Perhaps the feature which makes it stand up starkly among the rest is the ability to grab a screenshot with just a tap. For that matter, you just need to kickstart the app and the floating bubble will accompany you everywhere.

The editing features are fairly cool. Apart from the usual stuff like crop or add text, it lets you annotate on the images also. So what’s stopping you from adding a bit of your personal touch to the screen grab?

Discover a quick way of recording a screencast and share it as a GIF online.

Scrolling screenshots became a fad when Samsung introduced it with Note 5 and Xiaomi brought in MIUI 8. And since then, capturing a long conversation was never this easy. But not all of us own a Mi or a Samsung device (I bet they would have been really pleased if it were so) and for the rest of us folks, we have to rely on third party apps.

And the app that answers well to this specific need is Stitch & Share: big screenshot.

Not only can it capture a big screengrab, it also lets you stitch together a couple of old images into a bigger one.

So, it saves you from the hassle of ordering individual screenshots while sharing them. In the long run, you end up with a clutter-free gallery. So, here’s an app that sums up everything into one single shot.

Read further about Stitch and Share and create the perfect screenshot.

If the features like crop, annotation seem too conventional, how about changing the color of the screen grab? This nifty app called Screenshot Ultimate has some — you guessed it right — ultimate features to give other apps a run for their money.

The effects library is huge, right from rotating the screenshot to adding information like Android version on it. All you have to do is take the screenshot, after which a menu will pop up with all the options. What’s more, if you’re not happy with the effects, you can revert back to the original one.

Though it consists of many triggers based commands like shaking your device or through an overlay button, these don’t seem to work on Android N. However, the other features are quite neat and won’t disappoint the artist in you.

Perfect Screen Shot combines a screenshot app with a nifty browser. Aforementioned, things change and one of the easiest ways to keep track of them is by quickly grabbing a screenshot. So, a built-in browser certainly makes things easy.

Other features of this app include the usual tools like adding arrows, circles, blurring or adding text. Apart from the screenshot features, there are a few other nifty ones like draw and camera.

The last app on our list is the AZ Screen Recorder, an excellent tool when you want to have the best of both worlds – screenshots & screencast. Plus, the added advantage is the small floating widget lets you take a picture at any given time 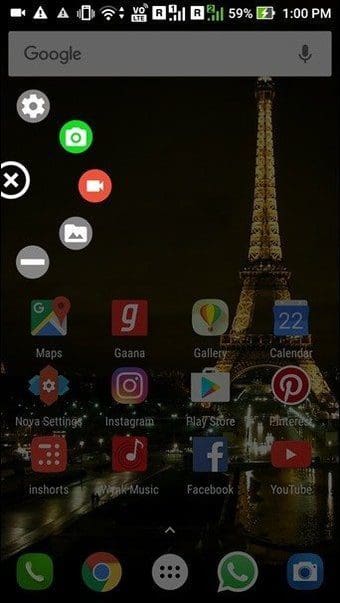 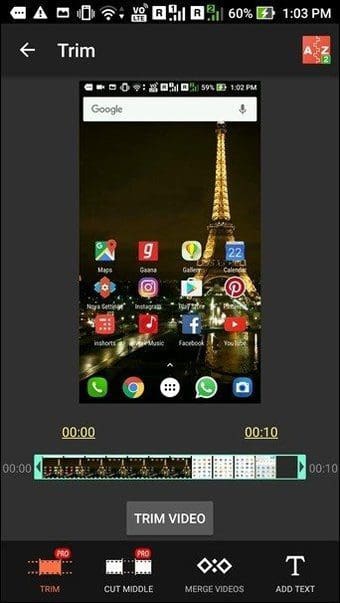 The app is amazingly fast and the response time is beyond reproach. Though there isn’t much editing scope for screenshots, the app has pretty cool features for videos. It’s for free in the Play Store with a couple of in-app purchases.

This is the only app I turn to during screen recording sessions and trust me, it doesn’t disappoint.

Let Us Know Your Favourite

Gone are the days when editing a screenshot required you to open a different app after capturing one. Talk about, killing two birds with one stone. If you ask me, I am a Super Screenshot girl, what about you?

Namrata loves writing about products and gadgets. She has been working for Guiding Tech since 2017 and has around three years of experience writing features, how-tos, buying guides, and explainers. Previously she worked as an IT Analyst at TCS, but she found her calling elsewhere.