Times have changed and so has the shelf life of a smartphone in the past few years. Today, no one wants to invest a fortune on their smartphone and pay an EMI or carrier charges for an entire year. Rather, one would settle for a phone with decent specifications at a cheaper price tag and then change/upgrade the device after a few months. Even the online reselling platforms add to this trend.

Phone manufacturers are also addressing this change and we can see a lot of budget and entry-level Android smartphones in the market. On the same lines, Coolpad Mega 2.5D (sale starts on August 24, register on Amazon to buy) is the latest entry level smartphone offering from Coolpad that boasts a big 5.5″ display with a 2.5D glass.

So let’s check out the full review of the device and see if it will suffice the need for your next budget Android phone.

Coolpad Mega 2.5D is so light, I fished for a removable battery in the box. But to my surprise, the phone already had the battery packed in.

Starting with one of the biggest assets at this price point,  Coolpad Mega 2.5D comes with a big 5.5″ display and a 2.5D curved glass which gives the phone its name. It’s rare to get a screen this big with a 2.5D curved glass in this segment. The phone is extremely light at only 140 gms. Honestly, when I held the device for the first time, I fished to see if there’s a removable battery in the box. But to my surprise, the phone already had the battery packed in.

Though made of plastic, it has that premium look and feel which entry-level phones do not generally come with. The curved back with matte finish makes it convenient to hold the phone. The volume rockers and power button are also placed on the left and right edge respectively for easier single-handed operation. There’s a small camera bump though, which might be slightly inconvenient but doesn’t look bad design-wise. The SIM slot is hybrid and can hold one SD card for users who would want additional storage.

The only thing that’s missing is the hardware navigation button. There’s sufficient space free at the bottom designed for symmetry of the device, however, it could have been used better. I have never really liked onscreen buttons. They not only eat the real estate of the screen but also feel clumsy at times.

Hardware: Great for Casual Everyday Use

The phone is powered by a MT6735 MediaTek Quad Core 64-bit processor, clocked at 1 GHz with 3 GB of RAM. For internal storage there is 16 GB on paper, out of which only 12 GB is left for use. There was no lag spotted while using the mobile casually with some light gaming and video viewing. 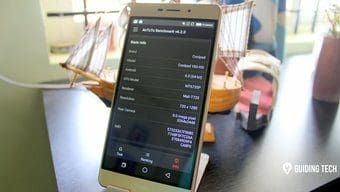 However, it’s not designed for hardcore gaming. Performance became sluggish under high-end gaming tests. Still, it kept its cool even through all that and no major heating issue was found.

As I’ve already mentioned, this phone offers a 2.5D display of 5.5″ of HD display at 1280*720 resolution. Though not the sharpest for a display this big, it offers a good color contrast with good viewing angles. Under bright light also, the screen performed well enough. 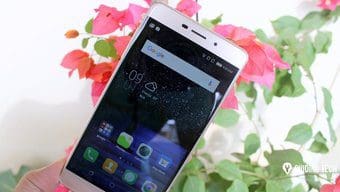 There is no Gorilla or Dragontrail glass protection on the device and because of the 2.5D display, a tempered glass will not help much. Moreover, it will take away the beautiful finish at the edges. However, looking at the price factor and the number of sensors on the phone, it’s hard to blame the company for doing some cost-cutting here.

Camera: For the Price, it Won’t Disappoint

The phone offers a 8 MP camera for both front and back which can take some great shots in outdoor lighting. The shutter speed is also impressive and we didn’t encounter any issues while taking photos from a moving car. The photos didn’t look over-saturated and produced good colors. Indoor shots had some noise in them which becomes worse while shooting at night.

For the price, I am really impressed by the camera of Coolpad Mega 2.5D.

For videos, it can shoot a maximum of 720p footage and the audio is also good. So all in all, you get a mediocre camera and for the price tag of the phone, it’s one of the best you can get.

Here’s our dedicated camera review which will give you a clear picture of the kind of shots one can expect from the camera of Coolpad Mega 2.5D.

The phone runs on the latest public offering on Android, i.e. Marshmallow with the CoolUI 8.0 interface. The interface is colorful and feature-rich and works well. But like all other budget Androids (heck, all Android phones even), occasional lags on the interface might come up. In our tests it wasn’t a big issue and barring one or two instances, the phone worked smoothly.

With all those features and change of aesthetics, users might find the interface a bit confusing at the beginning but once you get the hang of it, and explore all the customization features it offers, it will be easier.

Coolpad Mega 2.5D comes with a non-removable 2500 mAh battery and for casual use on constant 3G/Wi-Fi network, it was able to last a day. But on dual SIM with VoLte enabled, it made it till dusk and required a second charge to make it through to the night.

So if you are a kind of person who is looking for a bigger battery that can last for a day or two, you might want to consider a different option. But otherwise, for casual daily use on single SIM, this should be enough. 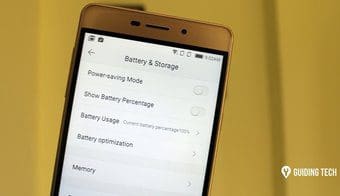 The call quality was good and no network issues were encountered. The fact that it also supports 4G VoLTE on both the SIMs also adds to its selling points, especially with the imminent Reliance Jio launch.

12 GB of internal storage is fine for casual use if an expandable storage of up to 32 GB is used. However, due to the hybrid SIM slot design, there will be a barter with the second SIM.

All in all, for just Rs 6,999 you are getting a big 5.5″ screen with 2.5D glass. It’s a premium looking phone with a weight of 140 gms, but that comes at the cost of reduced battery performance. The camera is also average. But then, a phone with 3 GB of RAM, VoLTE support and premium finish is something that’s tough to spot at this price. So if you are small on a budget, or just want to start with something less expensive, Coolpad Mega 2.5D is definitely an option worth going for. The sale of the device starts on August 24, register on Amazon to buy.

It is a long established fact that a reader will be distracted by the readable content of a page when looking at its layout. The point of using Lorem Ipsum is that it has a more-or-less normal distribution of letters, as opposed to using 'Content here, content here', making it look like readable English.