The advancement of technology in the field of vehicles these days is amazing. Features like steering wheel stereo controls and auto-on headlights are becoming more and more commonplace across the board. More important features like ABS which increases the effectiveness of your vehicle are also highly common. Well, these things are awesome and should be appreciated; especially ABS with its safety benefits. With that being said, however, these days we are hearing more and more of the autonomous vehicle; a vehicle which can drive itself.

For those of you out there who have long commutes via driving their car, the prospect of a driver-less car must be quite exciting. Instead of having to focus on driving your car and dedicating hours daily to this activity, you could instead use the time in another fashion, such as to learn something new.

The potential safety benefits are there as well as this type of car would eliminate human error. Please note that this is an ideal situation, however, current technologies have not yet reached this level of sophistication.

We should also note that self-driving without the input of a driver is not the only level of autonomous driving. Your vehicle might be able to parallel park itself or have adaptive cruise control. While these examples do no count as fully automated driving, they are forms of automation. In this article we will be covering the various forms of autonomous driving features in vehicles.

As vehicle automation continues to develop, it is going to become increasingly important for standards to be set in place to be followed. This is important because standards define how a device should operate. This is important especially for safety considerations where if devices don’t follow certain specifications under certain conditions, it is known that the device should not be expected to operate successfully under those circumstances.

Luckily, both the NHTSA (National Highway Traffic Safety Adminisration) of the United States as well as SAE Interational (Society of Automotive Engineers International) have created well defined categories of the levels of automation as it relates to vehicles. If these standards are adopted as vehicle automation becomes commonplace then persons will know for instance if their while is a Level 0 vehicle, that it will not have any automated features.

These standards also put pressure on manufactures to make vehicles which perform well under specified conditions. To be considered worthy in an environment where standards are respected and adopted, vehicles will need to meet the minimum standards.

We will be basing our overview on the SAE international  guidlines which gives a total of 6 levels from 0 to 5. SAE’s guidlines contain one more standard than those from the NHTSA. The NHTSA guidelines are quite similar but don’t include a 5th level.

Level zero vehicles rely solely on the driver to control the vehicle. These were quite popular back in the day, but their numbers are shrinking.

Level 1 vehicles are capable of taking control over 1 or more driving functions in specific scenarios such as is the case with vehicles which can automatically park. Braking assist is another level 1 attribute. With this level of automation, only 1 driving function is taken over at a time.

Level 2 vehicles are capable of taking over at least two driving control functions and are capable of automating these 2 functios at the same time. The NHTSA sites the combination of adaptive cruise control and lane centering as an example of level 2 automation.

Level 3 vehicles are capable of completely taking over the driving process under certain conditions. However, the driver is expected to be available to take over in certain situations.

Level 4 vehicles are also capable of completely taking over the driving process. However with this type of vehicle although human intervention may be required at certain intervals which the vehicle would indicate, it is not necessary.

Level 5 vehicles are capable of managing driving scenarios without any human intervention. Control by a human driver is optional.

Currently we have only observed up to level 3 automation through examples such as Google’s self driving cars, Tesla’s autopilot system and Geohot’s self-driving kit. The technology still needs a bit of tweaking and human inervention as stated will be necessary in certain conditions with level 3. 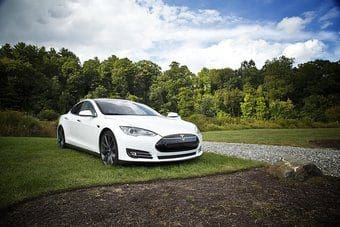 Despite the understandably tempting urge of users driving this type of vehicle to completely relax and ignore their driving situation, this is currently not plausible and should be avoided at all costs.

Please see the table below for a summary of SAE International’s guidelines.

ALSO READ: Top 3 iOS Apps to Remember Where You Parked Your Car