Navigation devices and navigation apps on smartphones have changed the way we find places. As long as the place you are going is mapped, you can usually find the correct route pretty easily. Even if it isn’t located on the map you are using, it often suffices to find a nearby location and then it isn’t usually difficult to find your way from there. 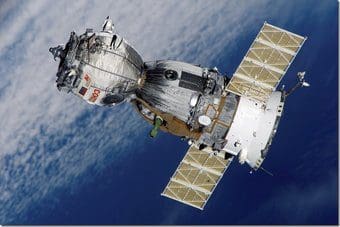 This navigation where your course is monitored relative to a map of your area is possible largely due to GPS/GLONASS which are 2 different space based global navigation satellite constellations. What is the difference between GPS and GLONASS you ask? Well that’s what we’re getting on to now.

Note: GPS and GLONASS are global navigation satellite systems (GNSS). These work by using signals sent to receivers on earth from satellites in space. By processing data sent from multiple satellites and analyzing how far the receiver is from the satellite, accurate location material can be derived

The Global Positioning System (GPS) is a U.S. owned satellite navigation system. It provides users with the following services:

It is made up of three components which are:

The U.S. Air Force is responsible for the development, maintenance and operations of the space and control segments.

GPS Satellites orbit the earth in a medium earth orbit at an altitude of 20-200 km with each satellite completing 2 orbits per day.

The space segment refers to the satellites which are in orbit providing the GPS signal.

This means that 24 satellites form the foundation of the space segment. In total there are actually 31 operational GPS satellites which ensure that there can be 24 operational satellites most of the time. In the case any of the satellites needs servicing, one of the additional 7 can fill the gap.

The Control Segment of GPS consists of ground facilities spread out across the world. These facilities are used by the U.S. Air Force to make sure that the GPS is continuously available and accurate.

The user segment refers to equipment used which communicate with the GPS satellites, providing location and time data for the user.

GLONASS is an acronym for Globalnaya Navigatsionnaya Sputnikovaya Sistema which translates to Global Navigation Satellite System.

The uses of GLONASS are pretty much the same as those of GPS and it also consists of a space, control and user segment. GLONASS, however, is Russian owned and operated.

GLONASS satellites orbit Earth at an altitude of 19-100 km and also complete about 2 orbits of the earth per day.

You will notice that I did not mention the number of satellites that are part of the GLONASS fleet. Don’t panic, I simply wanted to save that for this section because that’s one of the things that makes GLONASS different from GPS in addition to their countries of origin.

The other difference lies in the mathematical models that describe the motion of the two satellite fleets. Two different models are used to describe their motion.

While there are differences between these two satellite constellations, they both provide navigation services both to military personnel and civilians. It has also been shown that the use of both constellations for navigation purposes leads to improved accuracy. Several devices include both GPS and GLONASS chips these days as well.

ALSO READ: How To Get Offline Maps and Navigation With Maps.me for Android and iPhone

There are over 30 GPS navigation satellites orbiting the earth.