Ever since Google decided that navigating the planet will be a lot easier if we had the perfect app for it, our lives have changed. Google Maps single-handedly has impacted our travels more than any other app in the same era. I’ve lived my entire life in the same city and yet there are places I have no idea how to get to and wouldn’t have got to, if not for Google Maps.

In recent months, a few additions have been added to make it even more awesome. It still is a great app, responsive as ever no matter what Android phone you’re using. Let’s look at these additions, though, shall we.

This is a feature which we’ve seen on Facebook and whether you love it or hate it, Google has decided it’s going to add it to its Maps app as well. Once you open the app, swipe in from the left and you will see it right below Your places. Tap it and the app opens up to your current days activities. 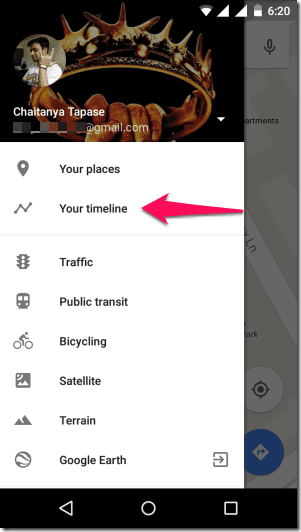 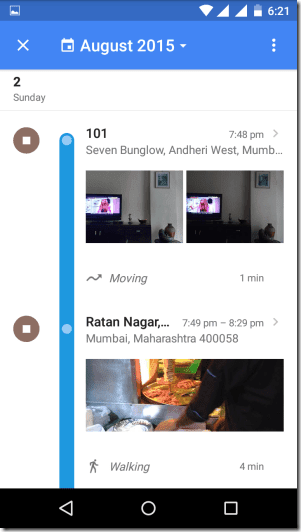 Tap on the day at the top and the entire calendar pops up and you can select which days activities you want to see. It isn’t always perfect, as I’m certain I didn’t spend nearly 12 hours in commute as the screenshots below indicate, which probably means I either switched off location services for a while or the phone couldn’t get a GPS lock. 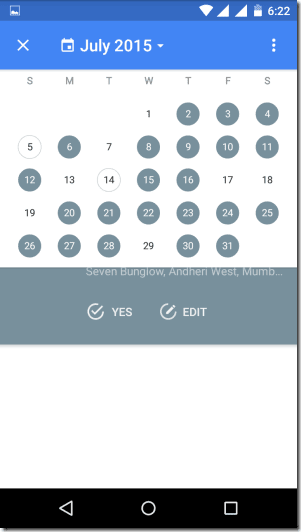 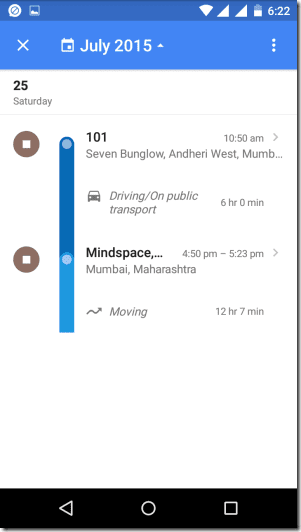 Days which aren’t grey do not have location data in the above screenshot on the left, whereas the rest certainly do. Remember that song, “Every step you take, every move you make, I’ll be watching you”?

Note: The photos will show on your timeline only if you’re signed-in on the new Google Photos app. I’ve been testing it out on Android phone, but there is no reason why it won’t work on an iPhone if you have the updated Google Photos app.

In addition to showing you exactly where your favorite coffee shop is, Google Maps will also show you the timing for its opening and closing hours. Which naturally means, it can tell you whether you can make it to that place before it shuts down for the day. Cool, eh?

So, next time you’re unsure of reaching a place before it closes, you only need to open Google Maps.

Don’t we all have a place that we love to hang out with our friends? If you can’t find it on Google Maps’ database, you can add a custom name and make it private only for your viewing. All you have to do is drop a pin on the place once you locate it, tap the three button menu and select Edit name and christen the place to your liking. It’s pretty neat and easy. 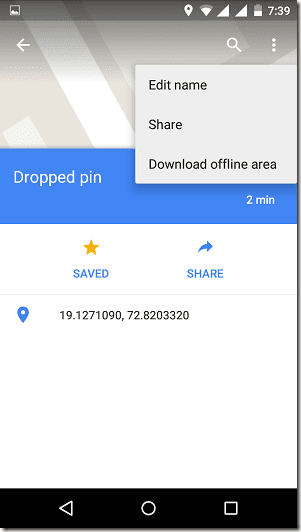 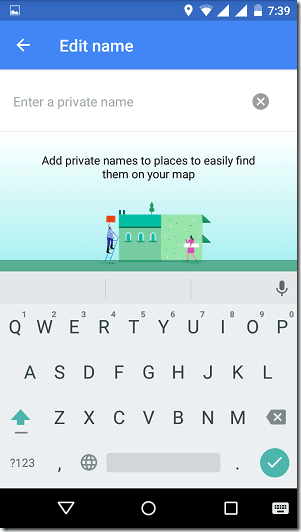 Google was way ahead of its peers when it came to giving information on everything, not just famous places but also how to get there. Public Transit is not a new feature in Google Maps, though it has got better. Now there are much nicer design elements and each route on the transit system gets a different color scheme with real-time details (wherever available) on when you can catch the next subway/train/bus and so on. 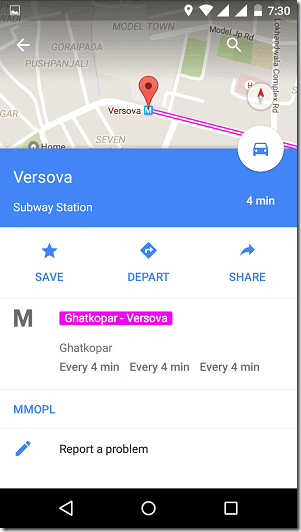 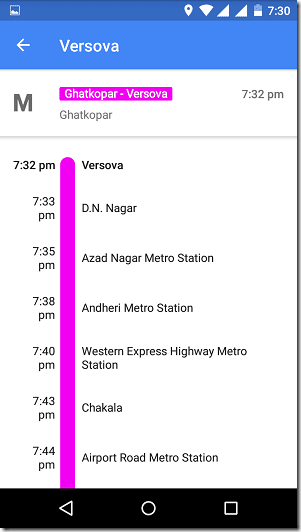 These are quite fun and useful to use, I’m a little freaked out by the Timeline feature though. But, what about you guys? Join us in our forums to share a tale about navigation and the fun times using Google Maps whilst you were on your travels.

Verizon turned down the exclusive rights to sell the first iPhone.

Chaitanya Tapase has varied interests in Technology from Android to Windows to DSLR Photography. On weekends, you'd find him catching up on TV Shows like Game of Thrones and enjoying House Music.