Writing about secure, private and anonymous chat apps and not mentioning NSA in the first sentence would be blasphemy I suppose. But then, such apps have always (merely) existed before Snowden’s revelations came out. Now, these apps and services are in more demand than ever.

In this post we will take up three interesting iPhone apps that have their own, unique way of letting you send private and anonymous messages securely. You should check each of them before picking one.

Cool Tip: Worried about your emails and want to send them securely? Here’s how to send encrypted emails.

Confide calls itself “off the record messenger.” Messages in Confide are only visible when you slide your finger over the screen, hence protecting it from screenshots. Received messages are automatically destroyed once the recipient has read the message. 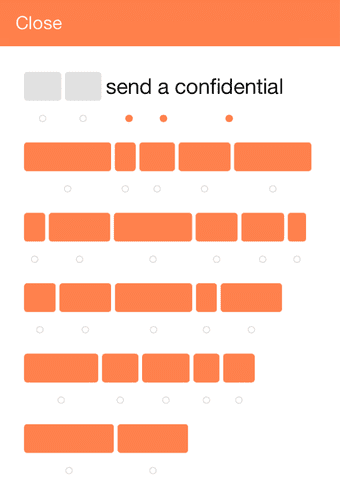 As an added feature, Confide notifies the sender when the message is read by the recipient.

Confide also allows you to send messages directly to an email address or a mobile phone. Simply choose a contact from the Contacts or directly use the recipient’s email address. However, the catch is that the recipient needs to be an existing user of Confide. If not, a prompt to sign up will appear in his inbox. 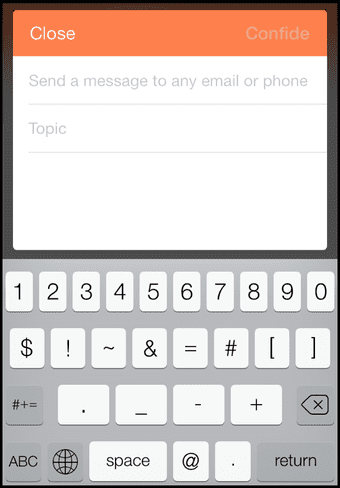 Confide claims to use end-to-end encryption which makes decrypting the messages almost impossible (even for them). Due to limited numbers of characters visible at a time on the screen, taking screenshot is barely going to make a sense and even if the user tries to take one, the app will alert you instantaneously.

Overall, an app with impressive features. They just raised money so it’d be safe to assume that the app is here to stay.

Popcorn Messaging app is an extension of once popular WeChat’s Shake and Look Around feature but with improved privacy features. The app enables users to chat privately with anyone in one mile radius. 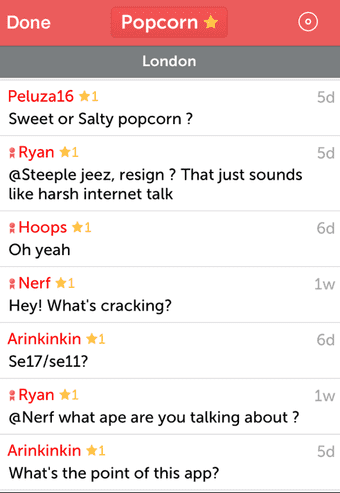 Once you sign up for the service, you should see the on-going conversations taking place in your area. If there are not enough users in a particular area, the app will encourage you to invite more users to Popcorn. 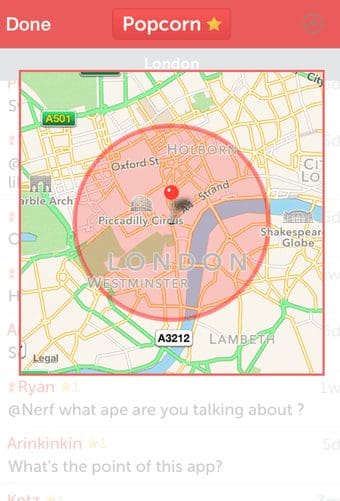 The explore feature lists conversations going around a handful of major cities of the world. You can always use Popcorn freely for unlimited messaging. 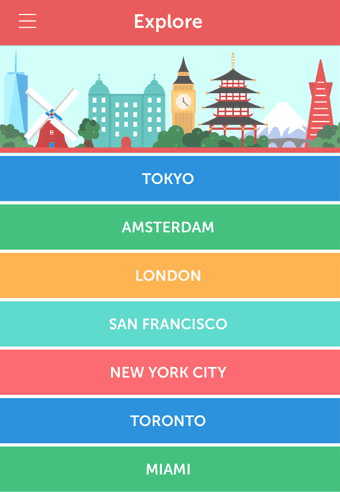 The app can be perfect for a group of people at, say, an event (like a game or an exhibition) wanting to have a conversation anonymously. The app also makes sense for people who are new to a particular area and want to know what’s going on around.

However, the app’s utility depends entirely on the number of users of the app which right now is lacking, hence making it less useful in smaller cities.

Wut’s specialty lies in its simplicity. You and your friends are on Wut’s network, and writing messages for everyone. The messages written by you will be broadcasted to every friend in the network but none will know that you sent it (unless you mention in the message itself.) Same applies when others send messages and you receive them. Wut has also a decent way of handling the notifications. Alerts are silent and your phone won’t vibrate when someone sends a message on the network. A word of caution though: the app requires Facebook to sign up. Overall, the app feels like a semi-anonymous chatroom filled with people you know but at the same time unaware of the sender of the messages.

It’s interesting that the three apps – Confide, Popcorn Messaging and Wut – are similar and yet quite different from each other. Their similarity lies in making messages anonymous, encrypted and in certain cases, ephemeral. However, each has its own novel way to implementing it and accordingly caters to a specific audience.

Confide is more likely to be used by professionals who’d appreciate the levels of security and anonymity the app provides. Popcorn Messaging is more of a localized anon chat, something on the lines of sites like Omegle but with a far better interface and varied features. And finally, Wut is for a group of people close to each other who want to discuss things without giving out names.

Which one appeals to you the most? Do you feel a need to use such tools after the recent NSA debacle?

Your browser keeps a track of your system’s OS, IP address, browser, and also browser plugins and add-ons.