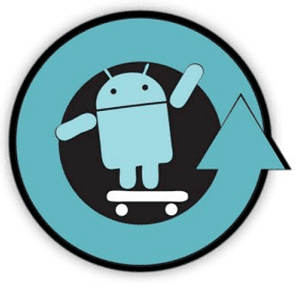 Whether you just rooted your device, or you’ve yet to decide whether rooting and flashing is right for you – you might find yourself curious about custom ROMs.

After all, the ability to change the way Android works is one of the biggest differences between Google’s OS and other popular mobile alternatives.

There are tons of great custom ROMs out there to get your hands on, but three stand above the rest.

Tip: Simply looking for a stock-like Android look and feel without all the rooting, flashing and modding? Take a look at our guide, which shows you how!

Let’s jump in and take a look.

Easily the most recognized custom Android ROM, CyanogenMod is not only very stable, it also supports a wide range of devices and adds quite a few useful features to your Android experience.

The current stable build of CyanogenMod is version 10.1, which is built on Android 4.2.2. There is also a build that runs Android 4.3, for those interested.

At first glance, CyanogenMod might seem like nothing more than vanilla Android, but underneath you’ll find quite a few functionality enhancements.

Some of the most well known changes are its theme chooser, advanced sound panel, improved camera app, the fact it optionally shows battery % in status bar, special lockscreen shortcuts, the ability to revoke app permissions and so much more.

That said, as Cyanogenmod’s supported device list has grown massively, it doesn’t seem to add nearly as many special modifications and tweaks as it used to. The trade off of here is more stability and wider device support.

You’ll notice a pattern with all three of these custom ROMs: they don’t do much to change the vanilla Android look and feel.

What makes a good ROM exceptional isn’t a bunch of fancy eye candy that is only surface deep, it’s about internal performance improvements and features that really make life easier.

Paranoid Android was actually once based directly upon Cyanogenmod, but has quickly come into its own. Probably two of the biggest features that sets Paranoid Android apart would be PIE and HALO.

Pie is a special radial dial of shorts. As for HALO, it is short of like Facebook’s Chatheads, but more robust.

It is a floating icon that moves around and ‘follows’ you even through different apps. Halo can also be configured to work with all shorts of messages, chat programs and notifications.

While we just mentioned Pie and Halo, it’s also worth noting that quite a few of the features you find in Cyanogenmod are also present with this ROM. If it has more features, why isn’t it better? While Paranoid expands on features a little, it also has much more limited device support.

Stability is similar, but I still would argue that Cyanogenmod is even more reliable.

Last but certainly not least, AOKP is one of the best custom ROMs out there. While Paranoid Android has probably usurped it in popularity, AOKP takes pretty much everything you love from Cyanogenmod and expands it.

Sounds a lot like Paranoid Android, huh? Honestly, quite a few ROMs are based off of Cyanogenmod. What makes each different is they take the ROM basis and expand it in new directions.

There are TONS of new features in AOKP, from a lockkscreen ribbon to customizable quick settings that are even better than found in Cyanogenmod. There are also custom notification backgrounds, custom boot notifications and so forth.

AOKP has nearly endless customization options, and you can even change up the navigation bar or make it auto-hide when you aren’t immediately using it.

On the downside, AOKP doesn’t have nearly the device compatibility.

So there we have it, three of the best custom ROMs available today. Which one is right for you? As always, preference plays a big role here.

As far as newbie friendliness goes, Cyanogenmod has the largest community if you run into any issues and so it might be a good starting point. Then again, if you are an expert with mobile and PC tech but simply new to Android ROMs, you might want something with even more customization and special features.

What’s your favorite custom ROM? Even if it didn’t make this short list, feel free to tell us about it in the comments below!

The Tesla Gigafactory 1 is the biggest battery factory in the world.